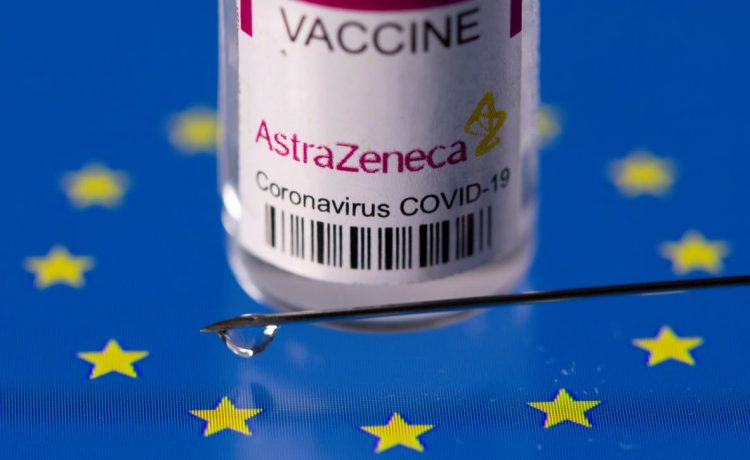 split opened up in the European Union’s vaccine war with Britain today after Michel Barnier used his farewell speech to warn against “polemics and competition”.

His plea for a truce came emerged as a senior member of the European Commission, Thierry Breton, upped the stakes by saying “zero” AstraZeneca jabs would be shipped to the UK until the company had supplied more doses to Brussels.

Adopting hardline rhetoric Mr Breton, the internal market commissioner, said two major plants in the UK supply chain would not be allowed to export to the UK until the EU has had what it believes is its due, adding:  “There is no negotiation.”

French president Emmanuel Macron, whose country has one of the slowest vaccination rates, was forced to announce a third lockdown, including as three-week closure of schools, travel restrictions and the shutting on non-essential shops. “We will lose control if we do not move now,” he said in a televised address.

Drugs giant Pfizer said the EU’s new export controls were hampering its ability to deliver its highly effective vaccine, which is being supplied to over 70 countries.

Speaking at the Churchill Europe Symposium on Wednesday, Mr Barnier said:  “It is true that the UK has a quicker vaccination rate compared to the EU. But the fight against COVID 19 is more than speed of vaccination, important as that is…

“We will all find strong and weaker points in how we managed this. But there is no place, in such a serious situation, for polemics and competition. There are so many more reasons to cooperate, in the short and the long term.”

Jeremy Hunt, who chairs the Commons Health select committee, welcomed the tone taken by the commission’s departing chief Brexit negotiator. “Michel Barnier has surprised us all by saying something we actually agree with,” he told the Standard.

“Nothing would be worse for the battle against a global pandemic than vaccine nationalism.”

“For once I agree with Barnier, we need to work with others around the world to fight this virus and that means clarity.”

However, the comments made by Mr Breton in an interview with the FT suggested the commission stepping up its rhetoric.

He identified production from the Seneffe plant in Belgium and the Halix factory in the Netherlands, both of which are contracted to supply the UK, as being reserved for the EU. He said their output “more or less” matched the number of doses that Brussels claims it is owed by AstraZeneca.

“If [AstraZeneca] does more, we don’t have any issue, but as long as it doesn’t deliver its commitment to us, the doses stay in Europe.”  He said the only exception for exports was The Covax scheme for developing nations.

A UK official said the comments were “disappointing”.   Health Secretary Matt Hancock has said that the EU has no claim to doses contracted to the UK, because London’s contract is exclusive while Brussels only managed to obtain a “best efforts” deal after arriving late to the table.

British officials have talked of “sharing” doses made in Leiden with the EU, in a possible compromise that Mr Breton’s comments suggest has been rejected.

A Government spokesperson said: “We continue to discuss what more we can do to ensure a reciprocally beneficial relationship between the UK and EU on COVID-19.

“As the PM said in previous statements, including one co-signed by other world leaders, no single country can face this health emergency alone, and we need to address this challenge through solidarity and cooperation.”