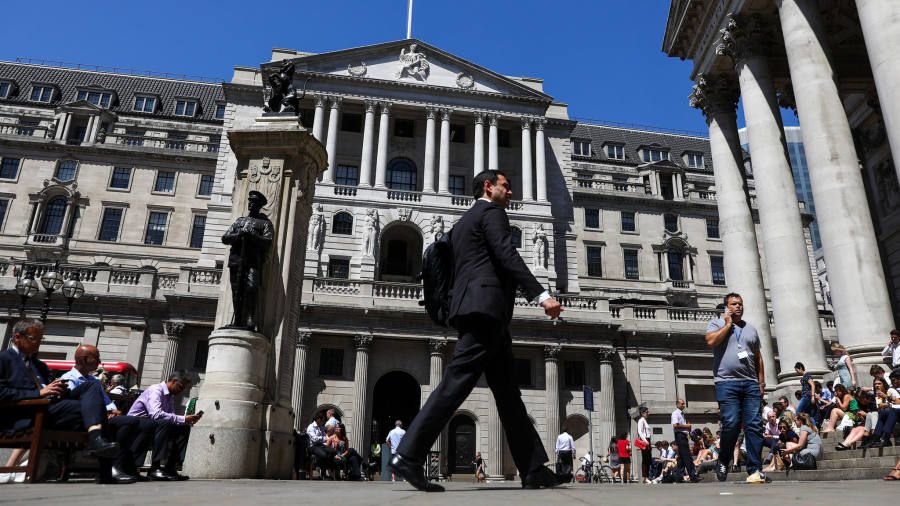 Brussels is expected to grant the derivatives trading industry an extra year to prepare for a no-deal Brexit by prolonging existing emergency access for European institutions to crucial UK market infrastructure.

Valdis Dombrovskis, vice-president of the European Commission, said on Friday that contingency plans for accessing UK-based clearing houses would have to be extended beyond the current March 2020 end date because the EU financial services industry would not have alternatives in place in time.

The reprieve is significant for the financial sector given London’s dominance of the global €640tn market for swaps clearing. Most euro-denominated derivatives are handled in London.

Mr Dombrovskis did not specify what the new end date would be for the emergency equivalence measure.

But several memos circulated by Brussels lobbyists to their clients in London late on Friday and seen by the Financial Times said they had received informal guidance from the EU commission that the intention was to “extend the current equivalence decision with the UK for a further year”.

UK clearing houses LCH, ICE Clear Europe and LME Clear are among the most critical institutions in the financial system, and prevent defaults from ricocheting through the rest of the market.

EU regulations ban European companies from using clearing houses outside the bloc, unless Brussels has specifically recognised them, through a so-called equivalence decision, as being properly regulated and supervised.

An extension would guarantee continued access through to the end of March 2021, some 14 months after Britain is scheduled to leave the EU. As the situation stands, the UK is set to leave on February 1 with or without a deal.

One reason Mr Dombrovskis is yet to communicate a new end date for the emergency no-deal measure is because the current EU commission is in caretaker mode. The work of the next commission, led by incoming president, Ursula von der Leyen, is on hold because of delays in the parliamentary approval processes.

Ms von der Leyen is aiming for a December 1 start date for her team. Mr Dombrovskis will retain his responsibility for financial services policy.

“It will be for the next commission to decide on the timing and duration of the equivalence decision”, said a spokeswoman for the EU executive. “Our prime objective is to ensure financial stability in case of a no-deal Brexit.”

EU officials said the extension could be legally enacted at short notice.

Both the Bank of England and the European Central Bank have warned of risks to the stability of the financial system unless access to clearing is ensured in the event of a no-deal Brexit. Traders have stressed that there is no alternative venue for some types of contracts and that transferring positions in derivatives portfolios takes time.

The commission is under growing pressure as UK clearing houses would have to formally notify EU members at the end of the year to begin closing their positions because of the uncertainty over the legal status of the contracts after March.

Catherine McGuinness, policy chair at the City Corporation, welcomed Mr Dombrovskis’s comments. “Although there is a lot of work yet to be done on the long-term relationship, this extension would give much-needed breathing space in this area to work through the complex issues that remain,” she said.

Our health is all we have. But now Google wants it too | Phillip Inman

What are the August changes to the furlough scheme? Including how much employers have to pay

What are the new lockdown rules? What you can & can’t do now