ESPN, Walmart Backing Away From Violent Video Games In The Wake Of Mass Shootings – Forbes 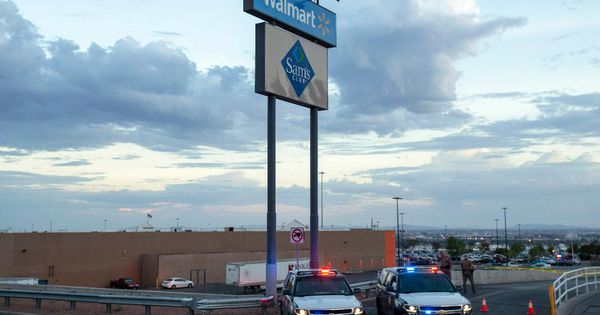 Two major corporations are scaling back public ties to video games in the wake of mass shootings in El Paso and Dayton, where 32 people were killed.

As first reported by Rod Breslau, an email was sent out to ABC affiliates to let them know that an Apex Legends esports event would no longer be shown there or on ESPN, when it was previously planned for Sunday, and may now air later. The statement reads:

“Out of respect for the victims and all those impacted by the recent shootings, ABC will no longer air ‘EXP Invitational APEX Legends at X’ Games on Sunday.”

The event, which would have showcased gameplay from the Teen-rated battle royale game, is being replaced by an E:60 episode instead.

This comes just a short while after a similar move from Walmart, the location where the shooting took place in El Paso. A memo was distributed to Walmart staff titled “Immediate Action: Remove Signing and Display Referencing Violence,” and instructed staff to “review your store for any signing or displays that contain violent images or aggressive behavior.” Console displays that have “a demo of violent games” are specifically mentioned, and instructions are to turn them off.

“We’ve taken this action out of respect for the incidents of the past week, and this action does not reflect a long-term change in our video game assortment,” said Tara House, a Walmart spokeswoman, in a statement to USA Today.

The focus on video games comes after they have been repeatedly mentioned by Republican lawmakers and President Trump himself in the wake of the pair of shootings in an attempt to link them to the violence, despite study after study indicating no such connection. There was a single, passing reference to Call of Duty in the El Paso’s shooter manifesto, but the gaming industry has pushed back on claims attempting to link them to this kind of violence. Video game stocks have slid since Trump started linking games to the shootings, but Take Two CEO Strauss Zelnick pushed back on the notion in a recent earnings call. “The fact is, entertainment is consumed worldwide, but gun violence is uniquely American,” Strauss said.

The Entertainment Software Association (ESA) issued a similar statement in the wake of the shootings and the subsequent blame directed toward video games:

“More than 165 million Americans enjoy video games, and billions of people play video games worldwide. Yet other societies, where video games are played as avidly, do not contend with the tragic levels of violence that occur in the U.S,” said the ESA’s statement.

Meanwhile, Walmart is continuing to sell guns in roughly half of its stores, while a petition started by a Walmart employee in California to protest that policy has gathered 53,000 signatures. Other employees have started urging for a walkout as a more concrete means of making their feelings known about the issue. Walmart previously raised the age required for the sale of guns and ammunition in their stores to 21, but they have given no indication that further action is planned, and they remain one of the largest sellers of guns in the country. The El Paso shooter was 21 years old.

“There’s been no change to our policy regarding firearms,” Walmart spokesperson Randy Hargrove told NBC. “Our focus has been on our associates and the entire El Paso community.”

Walmart has confirmed they asked employees to remove violent video game and media imagery around their stores.

READ  The 10 best video games of 2019 - The Verge
Share on FacebookShare on TwitterShare on PinterestShare on Reddit
newsgrooveAugust 9, 2019