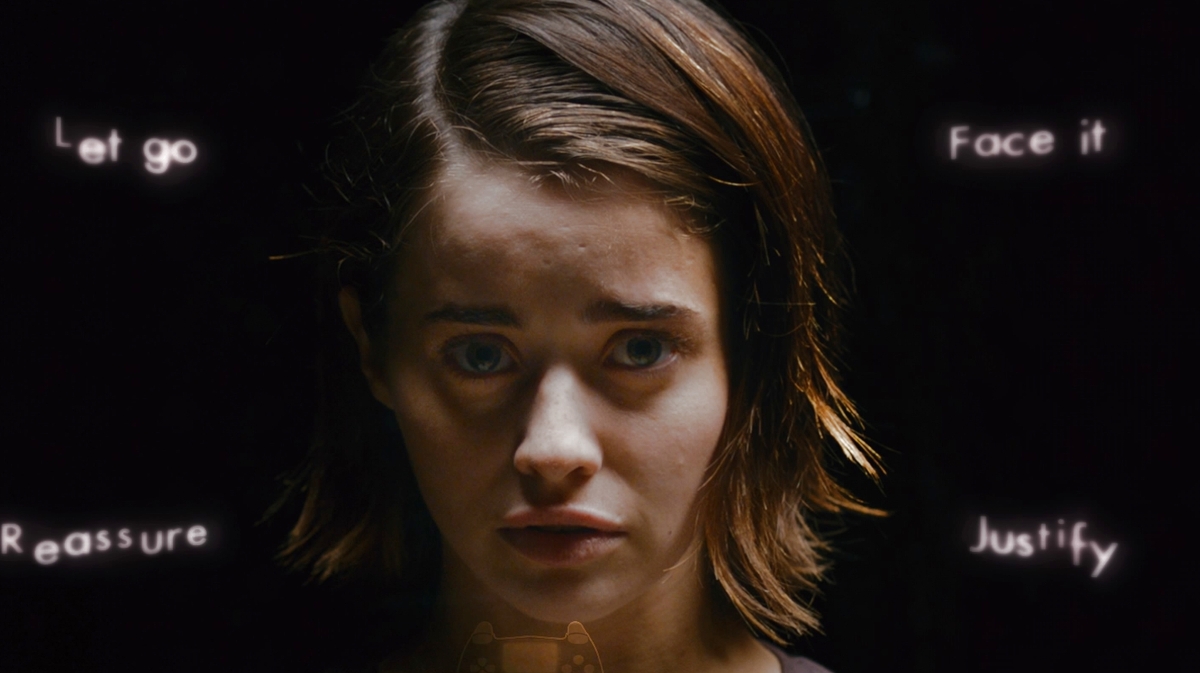 Erica is a full-motion video game for PlayStation 4, a surprise drop at Gamescom last week that’s got an uphill battle to get people to care. But you should, because it’s good.

At around 90 minutes in length it’s slight, and it’s very much in the vein of a game like Until Dawn – the kind of experience best played through with other people in the room. Indeed, that feels like part of the design, with decision points flashing up and you (and the people with you) deciding what to do, and which path to take.

It’s less of a traditional game than Until Dawn. There aren’t any time-pressured, button-matching sequences, nor any reflex challenges really. You only ever slide a finger, sometimes two, along the controller’s touchpad, so it’s a very gentle kind of interaction anyone can cope with, whether they’ve picked up a PS4 pad before or not. In fact, the suggested way to play the game is through a companion smartphone app.

The other huge difference is you’re watching filmed actors rather than digitally recreated ones, and the effect is superb – so much so I don’t know why more games don’t do it (although I realise Her Story and Telling Lies do, and they’re both excellent). There’s none of the hokey hamminess you might associate with the first big wave of FMV games in the 90s. Production values here are very high. Scenes are beautifully shot, colours and framing gorgeous, and the acting is strong. Erica in particular – played by Holly Earl – has a captivating vulnerability to her, but across the board there’s understated confidence in the performances and it smacks of quality as a result.

The quality pulls you in, and it needs to because it’s a slow burner. Erica is a psychological thriller, not a horror game. It’s subtle, not brash. It doesn’t jump-scare, it occasionally startles. Erica’s opening is strong, building a yearning to know more and natural suspicion. All you really know is there is a motherless girl called Erica whose father suggests she’s special in some way. Then you’re caught up in a murder investigation – and things go south from there.

The story sagged two-thirds of the way through, when the path seemed clear and the mystery all but solved, but then it ended in such a way, I’m still in three minds about what was going on. Who was the real danger? I have my theories, and I’m not going to share them here, but I’m not certain about any of them.

Were it a film, I’d probably feel it a bit abrupt, the ending, and too open ended – though I love a good ponder. But this was a game I picked my own path through, after all, so the conclusion was my doing, and I could as easily go through it again and answer the questions I have, even though that’s cheating, isn’t it? I made my choices. As a game, it also brought me closer to Erica. I was Erica – I was in her head. There was a moment, late on, when I felt exactly as confused as she obviously was. It was very powerful – it worked very well.

I personally won’t go back to Erica, then, but I will find any excuse to have someone I know play it while I watch. I enjoyed Until Dawn, especially the social aspect, but Erica makes it look wooden, bloated and overly complicated. Erica is exactly the right length, pitched superbly in terms of what it demands of your hands (ie. not much), and natural to watch in a way even the most cinematic games still can’t match. It’s part of a new dawn for FMV games. Enjoy it.