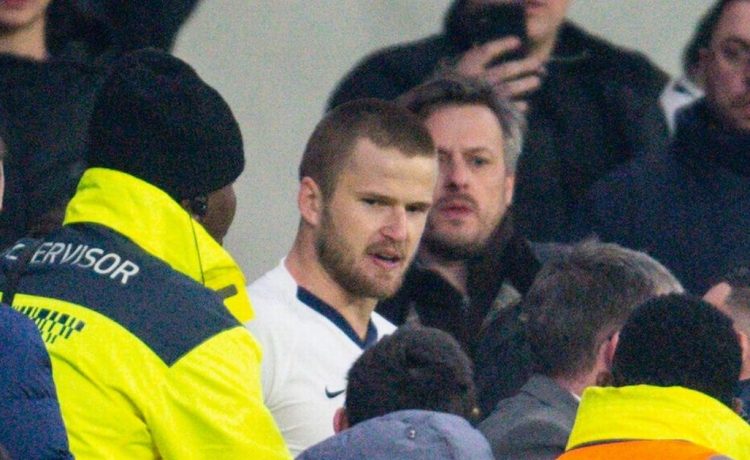 Eric Dier believes that abuse of footballers is a massive problem in society and thinks more needs to be done to crack down on it both inside stadiums and on social media.

The Tottenham midfielder was suspended for four games by the FA after he jumped into the stands to confront a supporter following an FA Cup tie against Norwich in March.

The fan had been involved in an angry exchange with Dier’s younger brother, but despite the circumstances Dier was deemed to have displayed threatening behaviour, and was banned for Spurs’ recent matches against Bournemouth, Arsenal, Newcastle and Leicester.

Speaking about the incident, Dier said: “It’s a massive ­problem in society in general because of social media not just football ­stadiums, sports stadiums. It’s a problem that needs to be looked at much more ­seriously. There need to be more ­repercussions.

“It is being addressed but it needs to be addressed even more. I have no problem with anyone criticising my ­footballing ability at any time but when it’s anything more than that then there’s a big problem.”

Spurs were fully supportive of Dier throughout his disciplinary procedure, and the 26-year-old recently signed a new deal to keep him at the club until 2024.

He added: “When I signed my new contract, people asked me, ‘But do you really think you can win trophies?’

“My answer is you don’t know if you’re going to win them or not. But one thing I do know is the manager is going into every competition trying to win them. That’s all you can ask.”

Dier will be available for selection for Spurs’ final day of the season clash against Crystal Palace, with Jose Mourinho’s side still in contention for a Europa League qualification spot.