Eric Clapton helps fund an anti-vax band by donating more than $1,300 to the members and even loaning them his family’s VAN to TOUR in

The 76-year-old guitarist reportedly gave the group more than $1,300 via the campaign and even lent the members the use of his family’s van to tour in.

The rocker appears to be putting his money where his mouth is after making several anti-vaccine and anti-lockdown statements throughout the past year as the coronavirus pandemic continues to rage on among unvaccinated people across the globe. 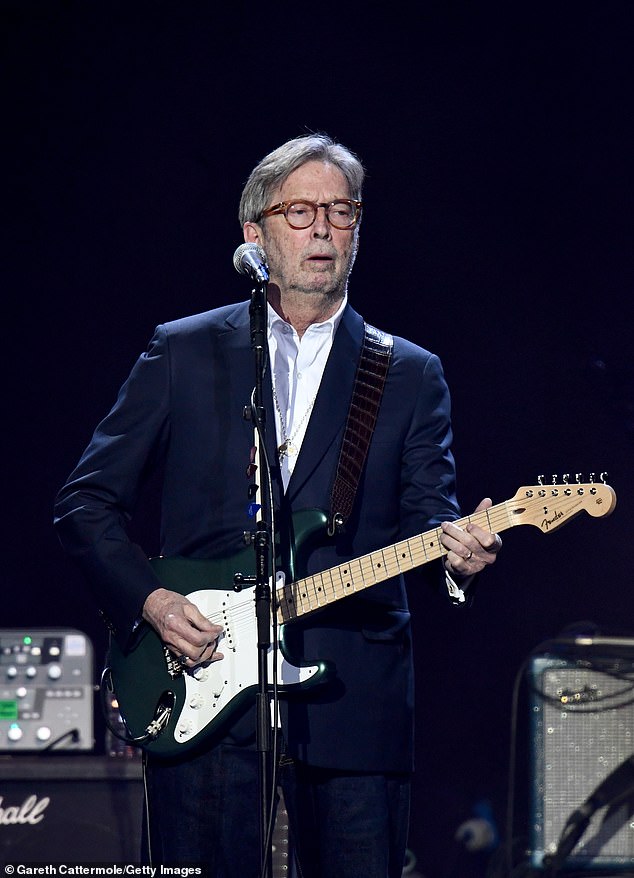 Contribution: Eric Clapton, 76, donated more than $1,300 to the anti-vaccine band Jam for Freedom via GoFundMe and and even lent the members the use of his family’s van to tour in, Rolling Stone reports; seen in March 2020 in London

Jam for Freedom appears to be ragtag group of musicians that allow amateur players to sit in on their outdoor shows.

The group states that ‘no medical records, medical devices or mandatory drugs will ever be required to attend our festivals or events’ on its website, and it appears to have popped up after the start of the pandemic.

Their lyrics feature anti-vaccine lines like, ‘You can stick your poison vaccine up your a**.’

Members of libertarian-leaning outfit are shown arguing with police officers in a short video posted to its website after officers tried to shut down a performance in a park that appeared to violate noise regulations.

In addition to loaning out his van, Clapton allegedly got in touch with band member Cambel Mclaughlin via text. 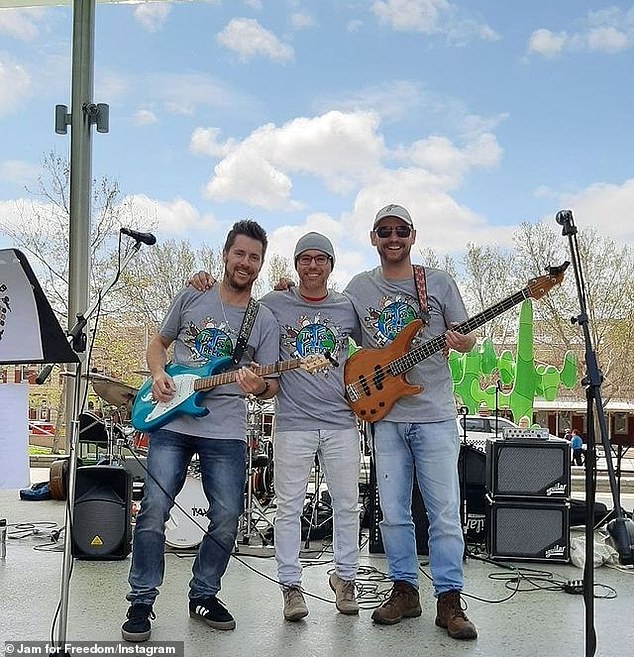 Anti-vaxxers: Jam for Freedom appears to be ragtag group of musicians that allow amateur players to sit in on their outdoor shows and espouse anti-vaccine and anti-lockdown sentiments in their lyrics; members of the band picture

‘It was something complimentary, along the lines of, “Hey, it’s Eric — great work you’re doing,’ McLaughlin claimed.

In addition to his donation and van loan, Clapton allegedly gave them additional funds to purchase a new van of their own and even said he might play with them in the future, according to the McLaughlin.

Back in July, UK Prime Minister Boris Johnson announced that nightclubs would be required to have guests prove they had been fully vaccinated in order to enter, which prompted Clapton to threaten to not perform in any venue requiring proof of vaccination.

‘Following the PM’s announcement on Monday the 19th of July 2021, I feel honor bound to make an announcement of my own,’ Clapton said in a statement shared with the architect and  anti-vaxxer Robin Monotti Graziadei via his Telegram account.

‘I wish to say that I will not perform on any stage where there is a discriminated audience present,’ Clapton continued. ‘Unless there is provision made for all people to attend, I reserve the right to cancel the show.’ 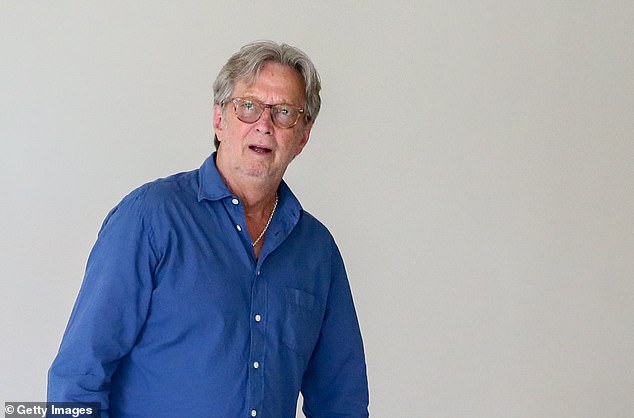 Getting cozy: A band member claimed Clapton texted them to say ‘great work you’re doing’ and even offered to donate more money to help them buy a new van, as well as suggesting he might play with them in the future

In December, Clapton released the anti-lockdown track Stand And Deliver, which was written by his friend Van Morrison, who has also espoused anti-lockdown and anti-vaccine sentiments in the past year.

‘There are many of us who support Van and his endeavors to save live music; he is an inspiration,’ said Clapton of the Northern Irish singer’s other anti-lockdown songs in an interview with Variety from last year.

But after their collaboration was released, actress Jameela Jamil and several other accounts shared a transcript of a racist tirade Clapton made while ‘extremely drunk’ during a concert in Birmingham in 1976.

After calling Black and non-white concert attendees several slurs, Clapton urged ‘foreigners’ in the audience to raise their hands, before urging them to leave.

A pattern: Clapton previously said he wouldn’t play at any venues that require proof of vaccination; seen in March in London