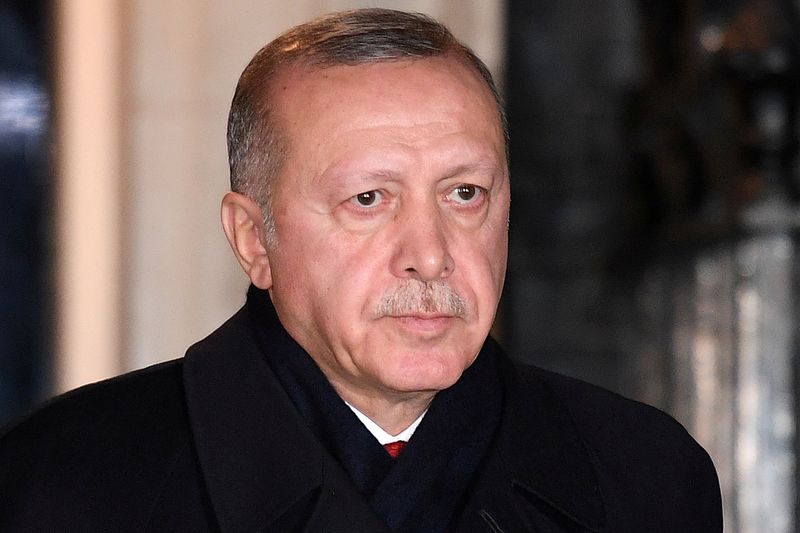 ANKARA (Reuters) – President Tayyip Erdogan said on Thursday that Turkey will send troops to Libya now that Tripoli has requested it, and he will present legislation to parliament in January for deployment to the north African country.

Ankara signed two separate accords a month ago with Libya’s internationally recognised government of Fayez al-Serraj, one on security and military cooperation and another on maritime boundaries in the eastern Mediterranean.

Serraj’s Government of National Accord (GNA) has been fending off a months-long offensive by Khalifa Haftar’s forces in eastern Libya, which have received support from Russia, Egypt and the United Arab Emirates.

“Since there is an invitation (from Libya) right now, we will accept it,” Erdogan told members of his AK Party in a speech. “We will put the bill on sending troops to Libya on the agenda as soon as parliament opens.”

The legislation would pass around Jan. 8-9, he added.

On Wednesday, Erdogan visited Tunisia to discuss cooperation for a possible ceasefire in neighbouring Libya. On Thursday, he said Turkey and Tunisia agreed to support the GNA.

Moscow has voiced concerns over a possible Turkish military deployment to Libya in support of the GNA, while Erdogan said last week Turkey will not stay silent over Russian-backed mercenaries supporting Haftar.

Disclaimer: Fusion Media would like to remind you that the data contained in this website is not necessarily real-time nor accurate. All CFDs (stocks, indexes, futures) and Forex prices are not provided by exchanges but rather by market makers, and so prices may not be accurate and may differ from the actual market price, meaning prices are indicative and not appropriate for trading purposes. Therefore Fusion Media doesn`t bear any responsibility for any trading losses you might incur as a result of using this data.
READ  NHS to cover doctors’ tax to avert winter staff crisis