NewsGroove Uk
NewsGroove Uk > Science > Equinox 2019 date: When is the Autumn Equinox? What is the meaning of the equinox?
Science

Equinox 2019 date: When is the Autumn Equinox? What is the meaning of the equinox? 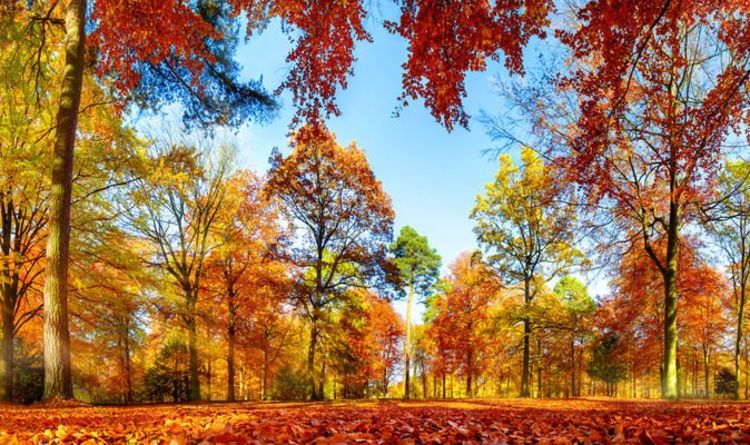 The Autumn Equinox marks the start of autumn in the Northern Hemisphere, ushering in shorter days and longer nights. The equinox is the astronomical start of autumn, marked by the Earth’s tilt and the Sun’s position in the sky. The date varies from year to year but typically falls on one of four days towards the end of September. By meteorological standards, however, the first day of autumn kicks off this weekend on Sunday, September 1.

What is the Spring Equinox?

The Autumn Equinox, and by extension the Spring Equinox, occurs when the Sun is nearest to the equator.

The equinoxes only happen twice a year but there are two solstices – the Winter and Summer Solstice – that fall in-between.

During the equinox, the Earth reaches a point in its orbit when the axis extending from the North Pole to the South Pole is not inclined towards or away from the Sun.

When this happens, the Sun crosses the celestial equator directly overhead at noon.

READ MORE: How is the September Equinox celebrated?

Equinox 2019: The September Equinox marks the astronomical start of fall in the Northern Hemisphere (Image: GETTY)

Equinox 2019: There are two equinoxes and two solstices every year (Image: GETTY)

After the equinox, the planet’s axis will slowly tilt away from the Sun in the north, until it hits the Winter Solstice.

Higan officially lasts for seven days, beginning three days prior to the equinox

At the Winter Solstice, the Earth is titled 23.5 degrees away from the Sun.

The tilt results in longer nights and colder days, leading from autumn straight into winter.

The opposite is true in the Southern Hemisphere, where the planet will tilt towards the Sun after the equinox.

READ MORE: What time is the incredible August Supermoon?

When is the Autumn Equinox this year?

The Autumn Equinox always falls on a single date between September 21 and September 24.

This year, the equinox falls on Monday, September 23.

READ MORE: What is the spiritual meaning of the New Moon?

Autumn Equinox 2019: The Summer and Winter Solstice mark the start of summer and winter (Image: GETTY)

Equinox 2019: In the Southern Hemisphere it is the start of spring (Image: GETTY)

What is the meaning behind the Autumn Equinox?

The equinox is celebrated around the world for a multitude of reasons.

The world equinox itself is derived from the Latin words aequus, meaning equal and nox, meaning night.

The equinox is typically associated with an equal amount of daytime and nighttime.

According to the Royal Observatory Greenwich in London, UK, the Autumn Equinox is also significant to many cultures and traditions.

In pagan belief, the ritual of Mabon falls on the equinox and celebrates a plentiful harvest before winter arrives.

In Japan, the equinox coincides with the Japanese holiday of Higan, which is a time to remember deceases relatives.

The Royal Observatory said: “Higan officially lasts for seven days, beginning three days prior to the equinox and ending three days after it.”

The Buddhist holiday is observed on both the Autumn and Spring Equinox every year.