Middlesex completed a world-record run chase to snatch a T20 Blast quarter-final place away from Somerset with a six-wicket win.

On a night of high drama, Eoin Morgan finished a stunning pursuit of Somerset’s 226 for five, with England’s World Cup-winning captain unbeaten on 83 from 29 balls to remarkably get his side home with three overs to spare.

Tom Abell’s maiden Twenty20 century, from 46 balls, had left Taunton rocking and Middlesex needing to complete a record chase in domestic T20 cricket anywhere in the world. The task was immediately made to look less daunting when the opening pair of Dawid Malan and Paul Stirling put on 67 from the first 22 balls. AB de Villiers maintained the momentum with 32 from 16 balls, before he fell victim to a stunning one-handed Max Waller catch in the deep. But Morgan continued his golden summer, blasting eight sixes and sharing an unbroken 99-run stand from 40 balls with George Scott, to book a quarter-final at Nottinghamshire next week.

Essex also claimed an unlikely last-eight place, at the expense of Kent, with an 11-run win at Chelmsford. The hosts began the night as the least likely of the five South Group teams still hoping to secure their progress but Hampshire’s 28-run defeat at the previously winless Glamorgan opened the door. Cameron Delport’s 64 from 29 deliveries helped ensure Essex stepped through it as they posted 189 for six before Jamie Porter’s three for 28 saw Kent bowled out for 179. Essex will travel to Durham to meet North Group winners Lancashire in the knockout stage.

Glamorgan posted their highest-ever Twenty20 total at Sophia Gardens as they crashed 13 sixes in their 216 for five before restricting Hampshire to 188 for eight. Gloucestershire booked a home quarter-final against Derbyshire in spectacular style as Graham van Buuren hit the final delivery for six to defeat South Group winners Sussex by three wickets.

Sussex will host the defending champions, Worcestershire, in the last eight after they slipped to a seven-wicket defeat to Northamptonshire. Half-centuries from Josh Cobb, Adam Rossington and Dwaine Pretorius guided Northants to victory after Moeen Ali hit 51 from 31 balls.

Worcestershire’s defeat meant Nottinghamshire secured a home quarter-final despite a 47-run defeat to Durham at Trent Bridge. Nathan Rimmington claimed three for 15 to skittle the hosts for 124 after the opener Scott Steel top-scored for Durham with 45.

Lancashire warmed up for the knockout stages with a routine five-wicket win over Leicestershire while Yorkshire ended their campaign by defeating Birmingham by 19 runs at Edgbaston. The captain, Tom Kohler-Cadmore, hit 94 from 63 balls in the Yorkshire’s total of 200 for three. 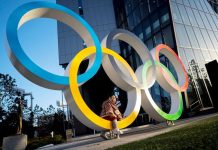