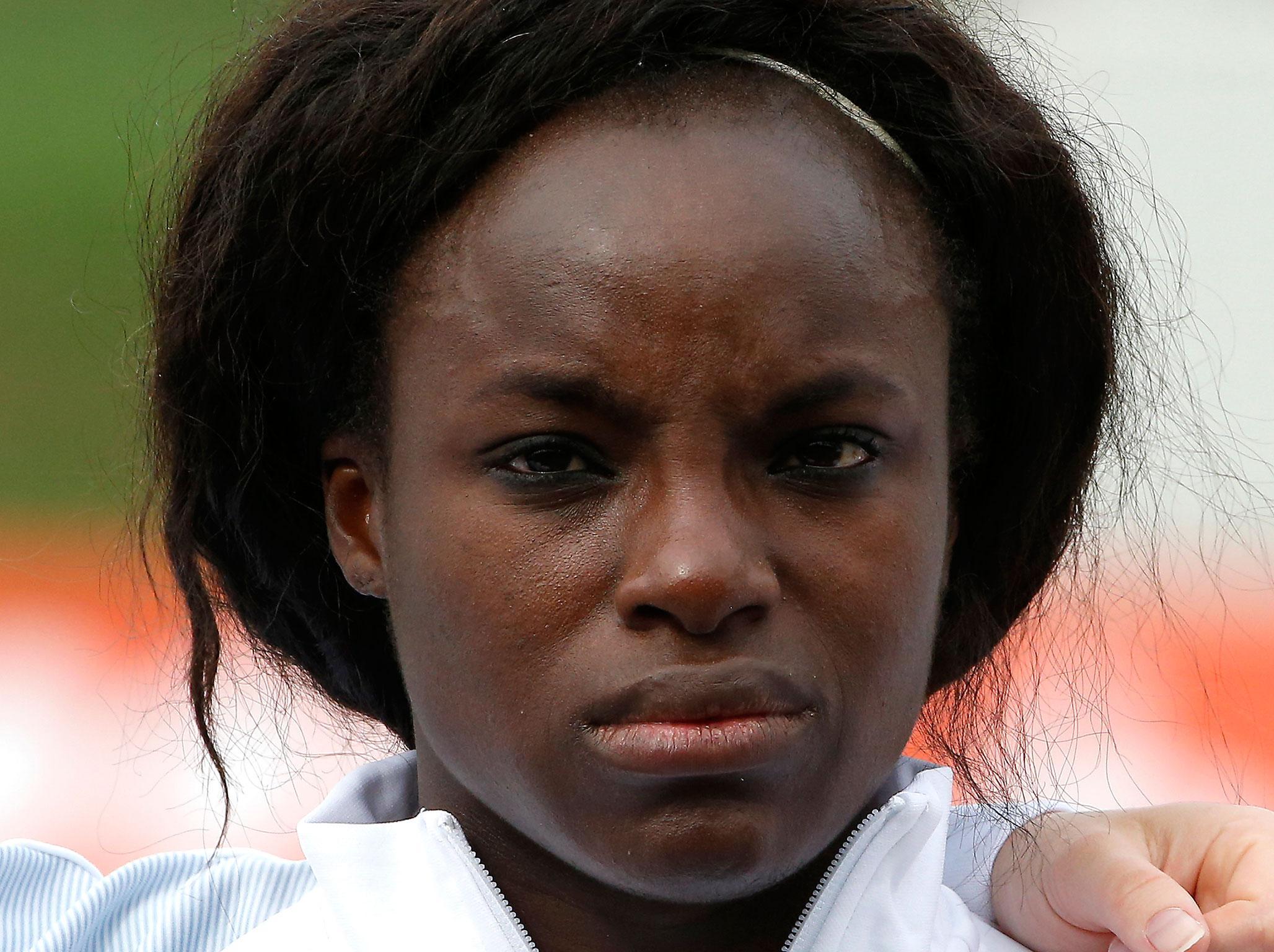 Eni Aluko has called for Premier League matches to be played behind closed doors as punishment for racist incidents.

Aluko’s book ‘They Don’t Teach This‘ is published on Thursday, where the former England Women striker charts the racism storm that ultimately ended her international career.

The 32-year-old topped the scoring charts at Juventus last term en route to a league and cup double in her first season in Italy.

But on releasing a book designed as much to tell her story as inspire and inform the next generation of women in football, Aluko challenged the sport’s authorities to “do way better” in combating racism.

“I firmly believe that stadium closures need to come in, in the Premier League,” Aluko said. “You see that happen in eastern Europe. We’re very good at pointing fingers when it happens somewhere else, but when it happens on our doorstep you don’t really want the same punishment applying. So it just needs to be stepped up.

“When we get to the point where people realise ‘OK, that can’t happen again’, that’s when real change happens. Clubs are already banning fans, which is positive, but I think there’s a group accountability that needs to come in.”

The new league season has already been awash with top players suffering racist abuse on social media, leading twitter bosses to set up a meeting with Manchester United and Kick It Out.

Aluko has plenty of experience suffering through racism, with Mark Sampson eventually offering an unreserved apology for his treatment of the former Chelsea striker while he was the England Women coach.

Sampson was sacked in September 2017 over an unrelated issue, and his racist behaviour towards Aluko and Drew Spence was not fully admitted until January this year.

Aluko believes football already boasts enough power within the rules to combat racism, and has called on the game’s bosses to start wielding it, and fast.

“There’s a general fragility to the topic of racism that makes people very defensive and uncomfortable,” said Aluko. “But we must be open about it, and we must all challenge ourselves against our prejudices. I think that’s the starting point.

“But in the game of football, the authorities need to do way better, and stop pretending that they care about something when ultimately they don’t.

“If somebody tweeted a terrorist threat, that person would be found immediately. That’s a threat to society and public discord, so there’s no issue around that, it’s not acceptable.

“That person can be found, the tweets deleted, that person taken off Twitter, and possibly arrested. So why is it different for racism?

“So we have to get to a point where it’s no different if you’re on Twitter or on the street. Some of the punishments around racism need to get better and be taken more seriously.

“I would really encourage it being seen in the same way as other types of hate speech.”