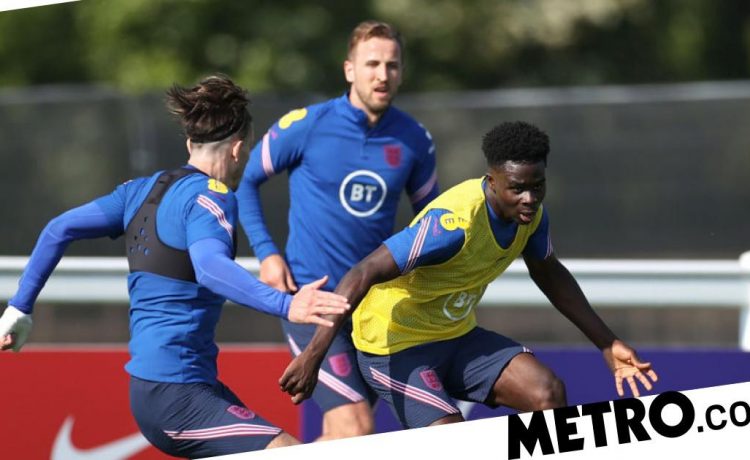 England begin their European Championships preparations in earnest on Wednesday night with the first of two pre-tournament friendlies this week, taking on Austria first up.

Gareth Southgate named his 26-man squad on Tuesday and will face Austria on Wednesday before hosting Romania on Sunday.

Southgate is limited in his selections at the minute, with Chelsea and Manchester City players unavailable and Manchester United men still recovering from the Europa League final last Wednesday.

When and where is England vs Austria?

The match kicks-off at 8pm on Wednesday 2 June at the Riverside Stadium, Middlesbrough.

ITV 1 will be showing the game live with coverage starting at 7.30pm and streaming available on the ITV Hub and on the ITV app.

England named their final 26-man squad for the Euros on Tuesday afternoon, cutting seven players from the provisional group, but those seven could still feature on Wednesday night.

No Manchester City or Chelsea players will feature after playing in the Champions League final on Saturday and Manchester United stars are unlikely to after last week’s Europa League final.

Jordan Henderson is looking to regain match fitness and could feature, but Kalvin Phillips is struggling with a shoulder injury.

‘He will start tomorrow [Wednesday] because [Jadon] Sancho is ill and a lot of players are not available. He deserves that opportunity to show me I am wrong straight away,’ said the England boss.

‘We have to keep the standby players match ready in case they come back into that squad.

‘They deserve it, their commitment to stay with the group, the respect for their team-mates to be here, shows what playing for England means to this group of players.

‘It is important the public know that because sometimes people dismiss the importance of England caps and what it means to players.’