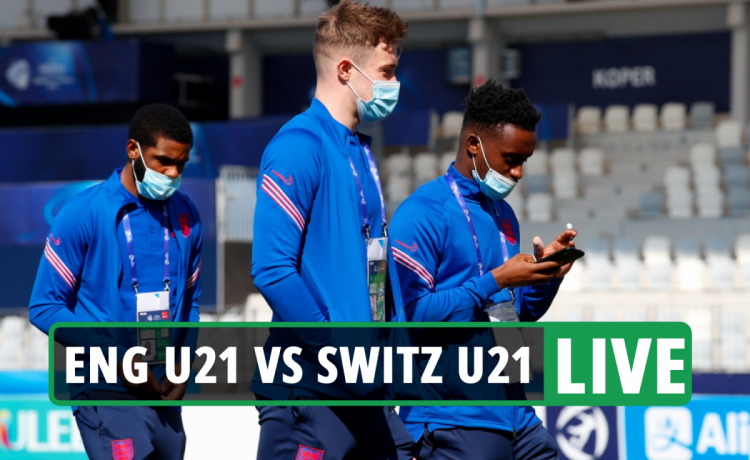 Welcome our live coverage of England U21 against Switzerland U21 in Group D of the European Under-21 Championships.

The Young Lions’ opener comes from Koper this lunchtime, ahead of matches with Portugal and Croatia in the coming week.

And Aidy Boothroyd’s men will be hoping to improve on the disappointment of two years ago when a strong England side were unceremoniously dumped out at the group stage without a win.

This year’s tournament has been reshaped in the wake of Covid-19. While group games will be completed during this international break, the competition will not recommence with the knockout stages until June.

The squad named by Boothroyd is another that looks good on paper, and it comes with a winning mentality to boot; six players selected were involved in England’s Under-17 World Cup win back in 2017.

However, there may be concerns in the right-back area following the long-term injuries to James Justin and Tariq Lamptey along with Reece James’ selection for the senior side.

And just this week, Boothroyd has been hampered by the withdrawal of forward Mason Greenwood – although he does have England U21’s record goalscorer Eddie Nketiah available despite his lack of game time with Arsenal.

Today’s opponents Switzerland are no pushovers, and are led by a Premier League striker of their own in Andi Zeqiri.

The Brighton teenager scored nine goals in qualifying as the Swiss finished second to tournament joint-favourites France with an impressive nine wins from ten, only missing out on top spot in the very final match.

We’ll have confirmation of today’s teams shortly before the action gets underway at the Bonifika Stadium at 2pm.