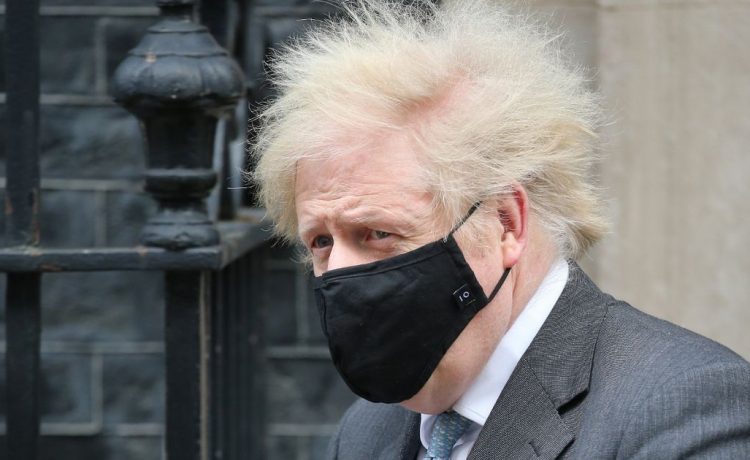 Before locked-up Brits are told when the ‘summer of freedom’ will begin Boris Johnson has laid out his four-test plan for loosening restrictions.

The Prime Minister is expected to today deliver his roadmap for exiting lockdown after plans were approved by Cabinet.

It is believed that schools will all be re-opened on March 8 and that two people will be allowed to meet up outdoors with the ‘rule-of-six’ in place.

Outdoor sport facilities are also expected to open at the end of March with organised outdoor sport allowed to return.

In April, domestic self-catering holidays could be allowed and gyms, hairdressers, and non-essential shops may re-open.

But before all of that the Government has said that four tests will all need to continue to be met before the next steps in the ‘roadmap’ can go ahead.

So what are the four tests and can we pass them?

According to the most recent figures, across the UK more than 17.5 million people have been given their first jab and 615,000 their second shot.

A major acceleration of the rollout has been announced by Boris Johnson, who said every adult – 52.8million people – will have been invited to have the jab two months ahead of schedule.

All adults in the UK should be vaccinated by July 31, he said.

Deaths and hospitalisations in those inoculated

The second test is focused on evidence that jabs are sufficiently effective in reducing hospitalisations and deaths in those vaccinated.

Last week an Oxford University study found that since a peak last month the fatality rate in those aged over 80 had dropped by more than 30 per cent.

This is compared to a drop of less than 15 per cent in those aged under 65.

The study, published by the Centre for Evidence Based Medicine claimed there was a “tentative” link between the vaccination programme targeting the elderly and falling death rates.

Scientists said in their study: “Recent weeks have seen falls, particularly concentrated in 80 plus age groups.

“While results are consistent with the impact of disproportionate vaccination of these groups, we can only point tentatively towards such an effect.

“These results do point to a potential impact of vaccination on the case fatality rate [CFR] for 80+ age groups.”

While the study maybe good news there are warnings that easing lockdown restrictions too soon could reverse the trend.

SAGE member Professor John Edmunds has said rapid easing could lead to a surge in hospital admissions “and indeed deaths”, and placed emphasis on vaccinations.

He told the BBC’s Andrew Marr Show: “We’re all at risk and we can all spread the virus, and so until we’ve all been vaccinated – I include children here – then there is going to be significant risk of a resurgence.”

The third test is to ensure infection rates do not risk a surge in hospitalisations which puts unsustainable pressure on the NHS.

Recent figures have shown that cases of Covid are falling in almost every part of England.

Officials revealed the the UK’s ‘R’ rate has fallen even further and remains below one, a sign the country’s outbreak is shrinking.

The measure, which tracks the transmission rate of Covid-19, puts the rate at between 0.6 and 0.9, in the lowest level recorded since last summer.

Chris Hopson, chief executive of NHS Providers, meanwhile, said there was a “pretty clear view” that the number of coronavirus infections “needs to come down to around 50,000” for the PM to consider easing lockdown.

Mr Hopson’s organisation, which represents NHS trusts, has set out four tests of its own, which it believes should guide easing: getting case numbers down, reducing pressure on the NHS, further strides in the vaccination programme and an effective strategy to control future outbreaks.

Before England can come out of lockdown, the third test states that the Government’s assessment of the risks is not fundamentally changed by new variants of concern.

The UK has been grappling with the emergence of new mutant strains of coronavirus for some time.

The country has been reeling at the impact of the Kent strain that first emerged in England’s south east shortly before Christmas, before it ripped through London and the rest of the UK.

The highly-virulent ‘UK strain’ has since been found all over the world.

And in recent weeks, the UK Government launched a border crackdown in a bid to keep out a South African variant that has been popping up around the UK.

The new strain first discovered in Nigeria, also known as B.1.525, has been classed as a variant under investigation in the UK.

Meanwhile, more mutations of the original coronavirus first found in Wuhan, China, and of the Kent strain have been discovered too.

What do you think of the Prime Minister’s roadmap, it it too soon or about time? Let us know in the comments below.