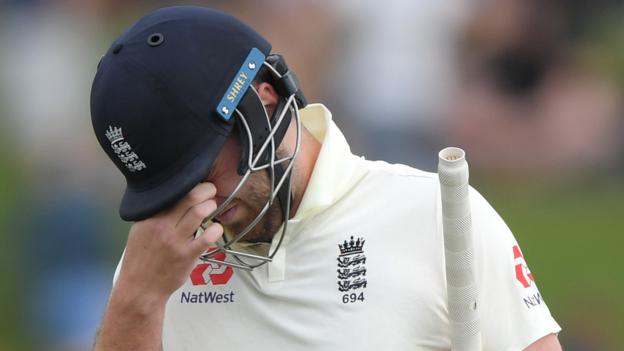 Opener Dom Sibley has become the 11th England player to be affected by illness on the tour of South Africa.

Ollie Pope, Chris Woakes and Jack Leach were ruled out of the 107-run first-Test defeat in Centurion, while captain Joe Root, Jos Buttler and Ben Stokes spent time off the field.

Stuart Broad and Jofra Archer missed both warm-up games, and Joe Denly and Mark Wood have also been ill.

The second match of the four-Test series starts on Friday in Cape Town.

Root said illness was not an excuse for defeat at Supersport Park after England were bowled out for 268 in pursuit of a record 376.

Sibley, playing only his third Test, made four and 29 in the match.

Craig Overton and Dom Bess were called up as cover before the Test and will remain with the squad when they fly to Cape Town on Tuesday.

England’s preparations for the series were also affected when Stokes’ father was admitted to hospital three days before the Test began, although he is no longer in intensive care.

Four members of the backroom staff have also suffered with illness since England arrived in South Africa on 13 December.

Woakes and Leach are no longer in quarantine after spending the first Test at the team hotel, while Pope came to the ground midway through the match.

READ  Kell Brook stops Mark DeLuca in seventh round in first fight for 14 months
Share on FacebookShare on TwitterShare on PinterestShare on Reddit
newsgrooveDecember 30, 2019