Captain Joe Root says England can still force a victory in the second Test against New Zealand despite the threat of heavy rain on the final day.

Root scored 226 to help England build a first-innings lead of 101 on day four but New Zealand reached 96-2 in their second knock to trail by five runs.

England must win in Hamilton to draw the two-match series.

“We have done what we can in terms of getting ahead and trying to force a result in our favour,” said Root.

“If the pitch and conditions don’t allow that we have to hold our hands up and say well played.”

England reduced the hosts to 28-2 by dismissing openers Jeet Raval and Tom Latham but captain Kane Williamson and Ross Taylor steadied New Zealand with an unbeaten partnership of 68.

“It would have been nice to sneak a couple more wickets towards the back end but we have got ourselves in a position where we can still win this game,” Root said.

“It is a bit frustrating that it is set at 2pm to be the end of the world here on Tuesday.

“Hopefully the weather holds off and we take early wickets and put them under pressure.”

‘I felt close to a big score for a long time’

Root began day four on 114 and batted excellently to reach his third Test double hundred, sharing a sixth-wicket partnership of 193 with Ollie Pope, who scored 75.

Root’s century was his first in 15 innings – and first since February – as he ended a run of poor form that had seen him average 27.40 from 10 matches in 2019 before this match.

But the Yorkshireman said he felt he had been close to a “really big score” for a “long time”.

“I have always felt like the runs were around the corner,” he said.

“Once I got in I had the bit between my teeth and wanted to make a big one to force a result in this game.

“I have never felt like it has been far away.” 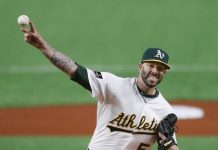 Whistleblower Fiers insists he can protect himself 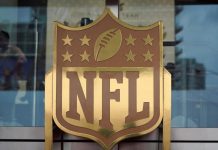 Atalanta produce a night to remember with decisive defeat of Valencia