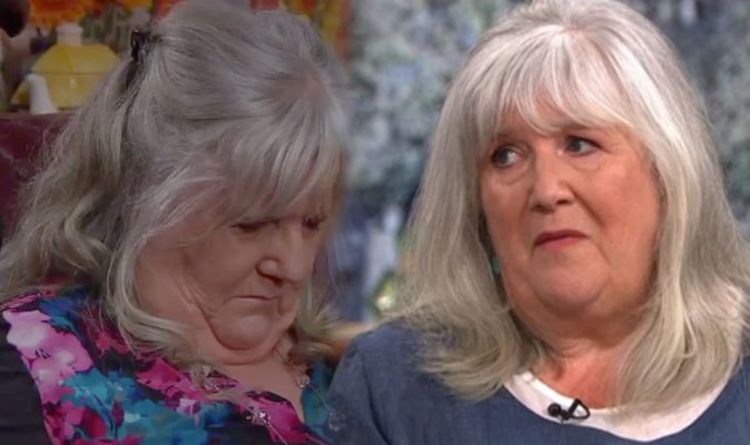 Last night’s Emmerdale saw Lisa Dingle pass away just hours after she wed Zak Dingle (played by Steve Halliwell) and viewers were left devastated by the tragic turn of events.

Today, actress Jane appeared on This Morning to chat to Eamonn Holmes and Ruth Langsford about her final scenes and saying goodbye to the rest of her cast.

And, Jane spoke about a heartbreaking moment that viewers may not get to see when tonight’s episode airs.

“It started early, seven, and I did two scenes that were with me, the last one I was alive and then the one where Zak comes back,” she recalled.

“We had a different director for the ones that are on tonight, I sat the whole day for Lisa sitting on the sofa.”

Jane then revealed the Dingle dog Monty appeared to sense her character was dying and reacted onset.

“He came up to me and put his little paws on me and licked my face,” she told Ruth and Eamonn.

Speaking about how she knew it was time to say goodbye to the ITV soap, Jane continued: “I suddenly felt that if I didn’t do it now then I probably never would.

“And although you never know how long I’m going to be in a contract… the 23 years had gone in a flash.”

Jane revealed she now has time to write and is “in a good place to do that now”.

The soap star also spilled details of her goodbye party, revealing: “We’re really great friends and after that long day we had a wonderful party.

READ  The Circle recap: Richard Madeley’s ‘Judy’ gets flirty with Woody ahead of second vote off

“Steve got a band for me, the cast and crew got me some lovely presents and I just danced my socks off.”

While she may have left Emmerdale, Jane told Eamonn and Ruth she is still happy to continue acting.

“I am open to doing some acting but not a serial drama,” she said.

“It doesn’t allow you the time to perhaps do other bits and pieces.”

Now that Lisa has died, will Zak decide it’s time to leave the Dales as it’s too painful to live in Wishing Well cottage without the woman he loves?

Zak was crushed when he realised his new wife had passed away as he spoke about how they would spend their final days together.

Monty the dog sat by their side as Zak broke down in tears, devastated by Lisa’s death.

Emmerdale continues tonight on ITV at 7pm while This Morning airs weekdays on ITV at 10.30am.