EMMERDALE fans are convinced that Belle Dingle and Nate Robinson are set for romance in what would be an incest twist.

The pair – played by Eden Taylor-Draper and Jurell Carter – have been getting on well since it was revealed that Nate is Cain’s son.

Belle is Nate’s half aunt because she is Cain’s half-sister, which would make them related.

Eagle-eyed viewers spotted them exchanging a glance when it was revealed that Nate wouldn’t be invited to the Dingle’s for Christmas.

Taking to Twitter to discuss it, one person wrote: “Why am I sensing somethint between Nate and belle? Dingle romance strikes again #emmerdale.”

A second tweeted: “Yeah Nate totally likes belle but she’s his half auntie… yo #emmerdale going all #GameofThrones on us.”

While a third commented: “Why don’t you have a quick pop at your auntie Belle before you go, Nate son? #Emmerdale.”

The Dingles have been in turmoil since it was revealed that Cain’s wife Moira was sleeping with Nate.

Nate seduced Moira and slowly ripped her marriage to Cain apart as part of a revenge plot because he believed Cain had abandoned him.

But Nate’s vendetta against Cain was all for nothing after a devastated Cain revealed he had no idea that Nate even existed.

While the rest of the Dingles seemed to accept Nate, Cain refused and urged them all to side with him.

Devastated Nate was rejected by everyone and faces spending Christmas alone. 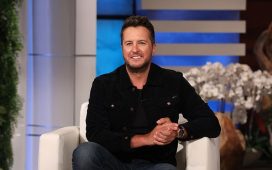