Eminem and Joyner Lucas gonna have to explain this pic.twitter.com/gua41hyWNR

Eminem has teamed up with rapper Joyner Lucas again on a new track titled What If I Was Gay – and a snippet has already been leaked online.

The song, which is expected to be included on Joyner’s upcoming debut studio album, has yet to be released officially, with the snippet emerging online in the early hours of 29 October.

To which Em raps back, ‘What if I’m a hypocrite who’s just afraid to face truth? Wait, what if I told you I’m gay too?’

The lyrics are quite interesting to say the least, considering the rap icon has been accused of homophobia in the past.

What If I Was Gay marks the duo’s second collaboration – Eminem had previously collaborated with Joyner on the track Lucky You on his most recent studio album, Kamikaze, which was released in 2018.

It comes after the 47-year-old had previously been interviewed by the Secret Service over lyrics which apparently were ‘threatening’ towards US President Donald Trump.

In documents obtained by BuzzFeed News via the Freedom Of Information Act, it was confirmed that Secret Service Agents interviewed the rapper about the lyrics from the song Framed, off his 2017 album Revival.

The song sees Em take a subtle dig at the President’s daughter Ivanka Trump, as he raps: ‘Donald Dusk’s on, there’s a Tonka Truck in the yard. But dog, how the f*** is Ivanka Trump in the trunk of my car?’

READ  "We loved him so much": The Flaming Lips reveal how Prince refused to accept their albums as a gift

The documents state that on the day the album was released, 15 December 2017, ‘a concerned citizen reported Marshall Mathers, the rapper “Eminem”, had a new song called “Framed” with an inappropriate comment towards President Donald Trump and a threatening comment towards Ivanka Trump.’

And it’s not the first time that Eminem has hit back at the President – he also took a swipe at him in the freestyle The Storm at the 2017 BET Hip Hop Awards, and on fellow Revival album track Like Home.

MORE: Even Phillip Schofield can’t get over how many drinks Emily Atack had at Pride of Britain Awards

MORE: Game of Thrones writers demanded to show baby’s penis and ‘traumatised’ another by putting them on block of ice 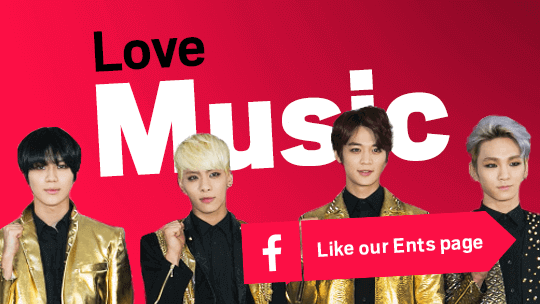 Dolly Parton, LeVar Burton want to read to your kids (and you!) with new online series

‘I Want To Be Like That’: Ron Realizes Mike Is His Spirit Animal On Jersey Shore

Songs for social distancing: 'Don't Stand So Close to Me,' 'Keep Your Hands to Yourself' and more

An ‘Uncancelled’ Festival Will Bring Music to Your Home Every Week

A Zombielicious Wasteland Awaits In Chilling Train To Busan Sequel

Kanye West teenage art worth up to $23,000 according to Antiques Roadshow expert