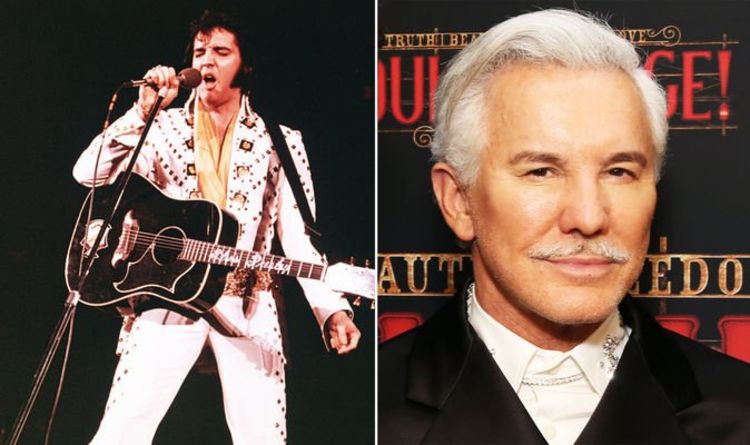 Next year the untitled Elvis musical biopic will start shooting. Moulin Rouge director Baz Luhrmann is behind the project, which will star Once Upon a Time in Hollywood’s Austin Butler. The 27-year-old beat the likes of Harry Styles, Miles Teller and Ansel Elgort to play The King of Rock and Roll. And now a release date for the untitled movie has been revealed.

According to Deadline, the Elvis biopic will hit cinemas on October 1, 2021.

This makes sense considering the shoot is set to take place next year and means the movie hopes to be an Oscar contender like Bohemian Rhapsody before it.

On Butler’s casting, Baz released a statement, which read: “I knew I couldn’t make this film if the casting wasn’t absolutely right, and we searched thoroughly for an actor with the ability to evoke the singular natural movement and vocal qualities of this peerless star, but also the inner vulnerability of the artist.

Throughout the casting process, it was an honour for me to encounter such a vast array of talent.”

Baz added: “I had heard about Austin Butler from his stand-out role opposite Denzel Washington in The Iceman Cometh on Broadway and through a journey of extensive screen testing and music and performance workshops.

“I knew unequivocally that I had found someone who could embody the spirit of one of the world’s most iconic musical figures.”

While attending the Once Upon a Time in Hollywood premiere, Butler spoke of the honour of playing Elvis.

Speaking with Entertainment Tonight, the star said, in an Elvis-like deep mumble: “I am just profoundly honoured that Baz has invited me on this journey with him. It’s an extraordinary privilege. And I just feel so blessed to be working with such singular directors like him and Quentin Tarantino.”

READ  'Frozen' musical tickets go on sale this week: How to get tickets

The Toy Story star revealed he’s been preparing to play the manager by reading a two-volume biography of Elvis.

The untitled Elvis Presley biopic will be released on October 1, 2021.