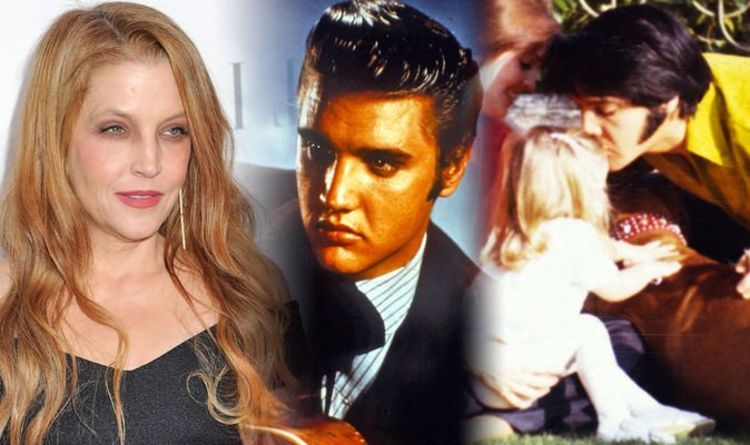 Elvis Presley tragically died aged of 42 on August 16, 1977. His daughter Lisa Marie Presley, whom he shares with his ex-wife Priscilla Presley, was just nine-years-old at the time. In an unearthed interview with Rolling Stone in 2003, she spoke out about losing her father at such a young age.

During the interview, Lisa Marie, whose parents were together until she was four, revealed her crush on Star Wars villain Darth Vader, explaining how she had got into the franchise a few years earlier, thanks to her son, and how she felt her crush had a connection to the death of her father.

“I was obsessed with him,” she said. “That whole black dark thing I liked: the cape, the voice, the breathing, the whole thing.”

Asked lightheartedly if she imagined herself running away with Darth Vader, she quipped: “God, I wish. I just wished he was real.

“You know, I’m sure it’s connected in some weird way to the grandness and the bigness of an earlier loss in my life,” she continued.

“Some sort of representation of this grand, powerful . . . not dark and evil . . . but this thing in my life that went away. And maybe it’s some twisted f***ing way to try and replace that.”

Shrugging, Lisa Marie added: “If you want to get down to the psychology of it.”

Clarifying that the “grand” and “powerful” presence to which she was referring was Elvis, the singer-songwriter said: “I’m talking about somebody in my eyes that was, to me, so overwhelmingly grand and powerful — and sometimes dark, depending on mood. And there was that for the first nine years of my life.

READ  DRAM And H.E.R. Plunge Into The Waters Of Soul On ‘The Lay Down’

“Maybe I have been in search of something like that. It’s very hard to compete with that in my mind.

At this point, Ginger said Lisa Marie appeared in the doorway, asking: “What’s wrong with my daddy?”

“I didn’t want her to see her father like this,” Ginger wrote. “‘Nothing, Lisa,’” I said, turning her away.”

Elvis was taken to the nearby Baptist Memorial Hospital in Memphis, but attempts to revive him failed.

Elvis’ ex-girlfriend Lisa Thompson also wrote in her own autobiography that the nine-year-old Lisa Marie had called her that night, saying: “My daddy’s dead! He’s smothered in the carpet.”

The cause of death was later determined to be a heart attack.

In a poignant interview with Radar Online, Lisa Marie previously opened up about the final conversation she had with her father.

“I don’t like talking about this,” she admitted. “It was August 16th, at four a.m. I was supposed to be asleep actually.

“I think he kissed me goodnight. That was the last time I saw him alive.”