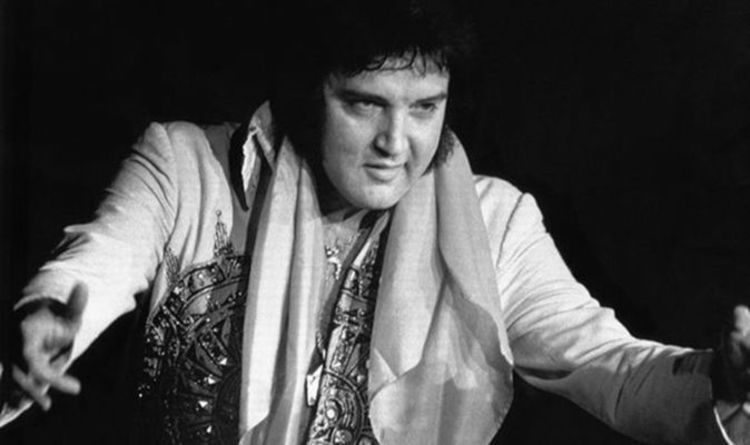 The popular image of The King’s final years is of a bloated wreck, a shell of his former glory. Yet, just over a month before his untimely death, the star was able to leap out of his car after a gruelling concert and night flight to defend a young man he saw being attacked on the street. On June 24, 1977, at just after 1am in the morning, Elvis saved a young gas station attendant from being beaten in Madison, Wisconsin. A plaque to commemorate the moment was later placed on the site.

In his latter years, Elvis pursued a love of martial arts which had started during his 1958 military service in Germany. From 1970-1974 he trained under Master Kang Rhee in Memphis, eventually attaining at 8th level Black Belt on September 16, 1974.

As well as enjoying the discipline of training and the break it gave him from being Elvis (his training name was Mr Tiger) the star incorporated karate moves into his stage performances.

The King was also obsessed with being able to defend himself from potential threats but few ever expected him to leap out into the street and use his karate moves in a dramatic real-life fight.

Elvis and his entourage were stopped at a red light on Highway 51 when the star saw 17-year-old Keith Lowry Jr pinned to the ground by two other youths on the forecourt of the Skyland Service Station.

Local Madison police officer Tom McCarthy was traveling with Elvis in his limousine as extra security and remembered him saying: “Look at those two punks, I don’t go for this two on one deal.”

Despite promises they would call the police when they reached the hotel, The King jumped out of his limousine. He came up behind the young men and struck a karate pose, shouting “I’ll take you two on.”

McCarthy said; “He was willing to fight, that was the bad thing.”

Fellow security guard Dick Grob later said: “I almost fainted. God here was Elvis jumping out of the car in the middle of a street brawl without letting us know what he was going to do. Hell, he coulda been shot.”

Instead, all three youths looked up and were apparently “frozen in total awe” when they realised who was standing there.

Lowry ran into the gas station (to call friends and tell them Elvis was there.) The other two were calmed by The King, who then shook their hands and said: “Is everything settled now?”

By then, a small crowd had gathered and Elvis stayed to shake more hands, sign autographs and take photographs before being rushed back to his limo.

According to McCarthy, the star was apparently on a complete high, laughing and saying: “Did you see those guys’ faces?”

When they got back to the hotel, Elvis rushed to find his favourite backing singer Kathy Westmoreland to tell her all about it, shouting: “Kathy, I just broke up a fight! Stopped some poor guy from being beaten up!”

She described how happy he was about his heroics: ‘He was so proud and happy he had saved the day… (He said) ‘You should have seen the looks on those guys’ faces!’ (laughing excitedly),… ‘When they realized who I was!’ he laughed even harder.

“‘They were so shocked that I was ready to take them on!’ he continued rapidly sharing every detail for a while, over and over, all the while guffawing.”