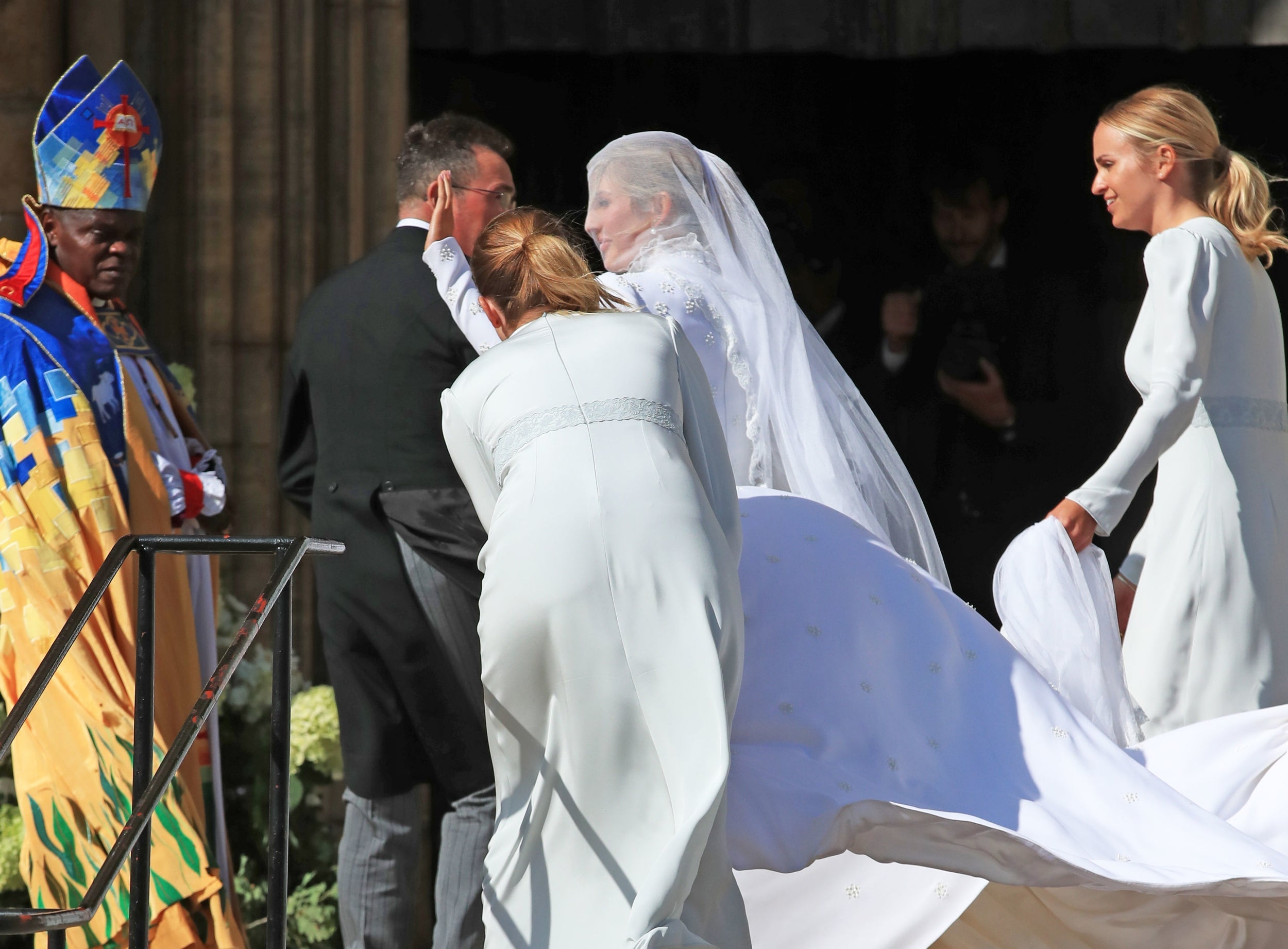 Ellie Goulding has arrived at York Minster to marry her beau Caspar Jopling.

The pop star and art dealer are set to tie the knot in one of the year’s most glamorous celeb weddings, joined by a throng of a-listers.

Goulding arrived in a blue VW campervan, accompanied by cheers from the crowd and shouts of “Ellie”, as she rewarded waiting fans with a wave.

She is wearing a traditional wedding gown with a veil and train, which her rearranged before she went inside for the ceremony.

Jopling himself has also arrived ahead of his nuptials, wearing tortoiseshell glasses, with his hair casually slicked back.

A white flower dons his left lapel while he has teamed his black jacket with a camel waistcoat and a navy tie.

The groom arrived with a thumbs up for waiting guests.

He was cheered by the crowds and greeted with an announcement by York’s town crier.

They were followed by Katy Perry who arrived with boyfriend Orlando Bloom.

Jack Brooksbank, husband of Princess Eugenie, has also been seen at the Minster and is one of the groomsmen.

Princess Eugenie, Princess Beatrice and their mother Sarah, Duchess of York, arrived and were greeted by Eugenie’s husband.

Singer-songwriter James Blunt was one of the first to arrive, alongside his wife Sofia Wellesley.

Blunt looked dapper with his hair parted to the side, wearing a long black jacket teamed with a light blue waistcoat, yellow tie and grey pin-striped trousers, while Wellesley wore a red and cream floral dress.

The Minster service is expected to be followed by a lavish reception at Castle Howard, the stately home near Malton, North Yorkshire, made famous by the 1980s TV adaptation of Brideshead Revisited.

Goulding performed at the Duke and Duchess of Cambridge’s wedding party in 2011 and, with her fiance, was a guest at Princess Eugenie’s marriage last October.

Goulding and Mr Jopling have been together for more than two years.

They announced their engagement with a formal notice in The Times a year ago.

After the wedding was formally announced last year, Goulding said she was looking forward to being a “loved-up wife”.

In a post to her 14 million followers on Instagram, she shared a black and white photo of herself kissing a smiling Mr Jopling on the cheek.

The Love Me like You Do star wrote in a caption alongside the photo: “I tend to keep my life very private these days and I have enjoyed the time I’ve had away from all the madness.


“But we’ve had so many beautiful messages of support and love the past few days, as have our families, that we wanted to say thank you so much! We appreciate it more than you could ever know.”

Addressing Mr Jopling, she added: “You’re the most wonderful person I’ve ever known, and I can’t wait to be your very giggly, in awe and loved-up wife.”

Goulding and Mr Jopling are thought to have been an item since early 2017.

The singer, known for her hits including Starry Eyed, Burn and Your Song, is believed to have moved in with Mr Jopling in June last year.

She has previously been in relationships with McFly star Dougie Poynter, radio presenter Greg James, DJ Skrillex and actor Jeremy Irvine, and she is also rumoured to have dated singer Ed Sheeran. 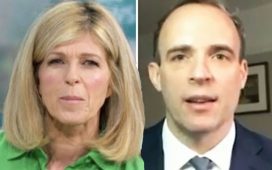