Supermodel Elle Macpherson, 55, doesn’t appear to age as she models designer Albus Lumen after touching down in her native Australia

Supermodel Elle Macpherson was nicknamed ‘The Body’ by Time magazine in 1989.

And the 55-year-old certainly proved she’s also ‘The Face’ while modelling designer Albus Lumen during her whirlwind visit to Australia.

Elle shared a photo of herself looking positively ageless in an intimate Instagram shot while modelling the upscale garments this week. 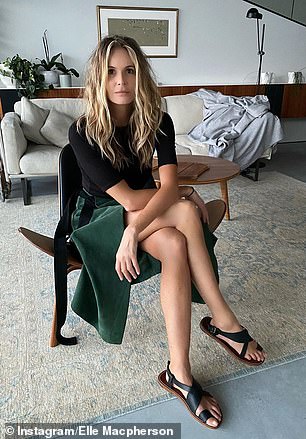 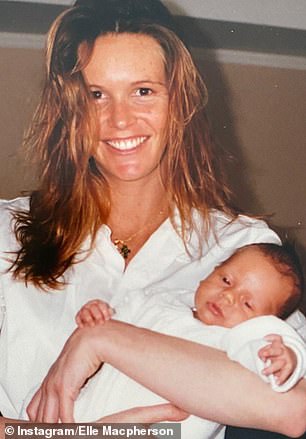 Ageless: Supermodel Elle Macpherson, 55, doesn’t appear to age as she models designer Albus Lumen after touching down in her native Australia this week (left; pictured in 1998, right)

Elle looked radiant as she stared straight down the camera lens, flaunting her impossibly wrinkle-free visage.

The iconic covergirl sat with her long legs crossed while clearly showcasing the incredible physique that has made her a global star.

She wore her blonde tresses down and slightly wavy, in her signature beach style.

Elle donned a black top with three-quarter length sleeves, which she paired with a long textured green skirt.

She finished the outfit with sandals by Bottega Veneta.

Elle has repeatedly denied going under the knife, and although she has admitted to trying Botox and collagen injections in the past, she insisted they ‘don’t work’ for her. 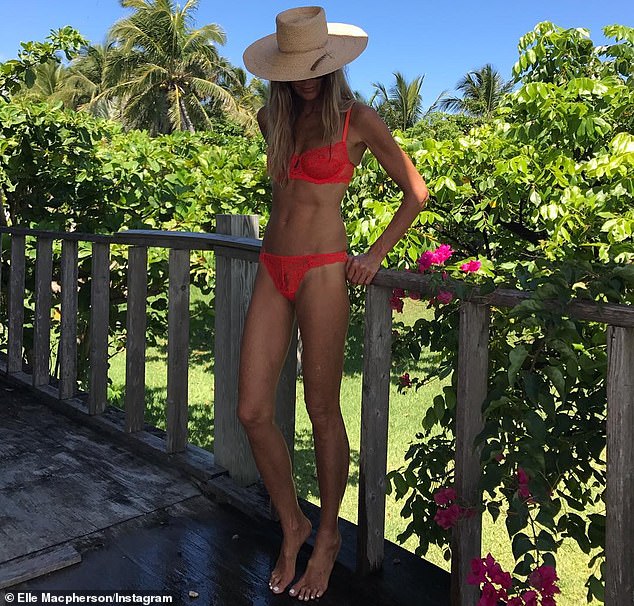 Elle is certainly no stranger to sharing her beauty secrets, with the WelleCo founder known to favour natural remedies.

In January the model said she prefers a holistic approach to health.

“After nearly 40 years in front of the camera, I’ve realised the most important thing is being well on the inside – body, mind, emotions and spirit,’ she wrote on Instagram. 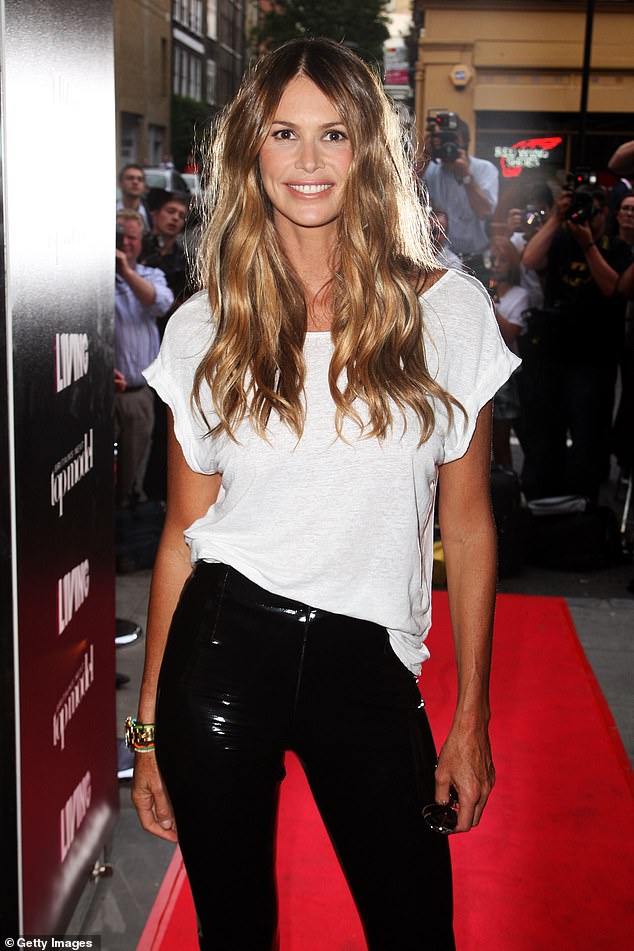 Holistic: The iconic beauty wrote in January: ‘After nearly 40 years in front of the camera, I’ve realised the most important thing is being well on the inside – body, mind, emotions and spirit’

The legendary Sports Illustrated covergirl continued to explain how, as time goes by, she ‘has experienced increasingly the benefits of natural remedies and solutions’.

Lately, Elle has been describing her love of lymphatic drainage, praising celebrity masseuse Sheila Perez for her toxin-reducing massage techniques.

‘I call her lady torturer – but so well worth the effort,’ mused Elle.

‘It’s not about having a flat stomach – although we all like this – [it’s about] how a healthy lymph system can effect the body [and] the stomach is a good indication.’ 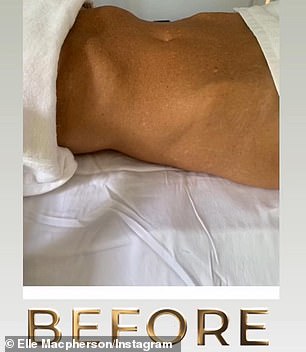 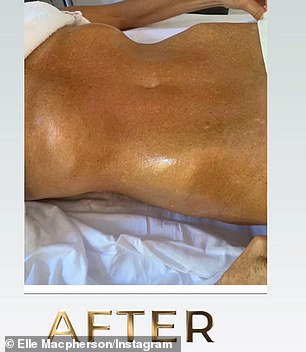 Before and after: Elle described her love for lymphatic drainage, praising celebrity masseuse Sheila Perez for her toxin-reducing massage techniques

Included in the post was a before and after photo of herself undergoing the trendy treatment.

Lymphatic drainage is a rhythmic massage treatment performed to stimulate the circulation of lymph fluid around the body.

It is believed to rapidly speed up the removal of wastes and toxins from the lymphatic system. 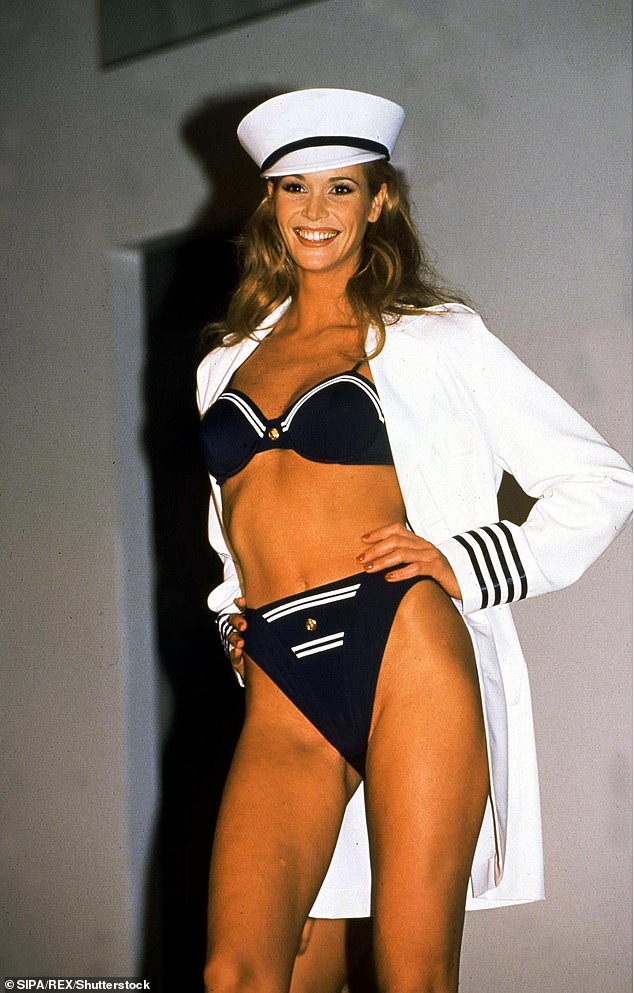 READ  How old is Charlie Heaton and who is the Stranger Things star dating?

Iconic: Australian Elle (pictured in 1994) has been a global fashion icon for nearly 40 years

Disney Plus racks up 50m subscribers in five months