Elephant killed in his sleep by another male at UK zoo 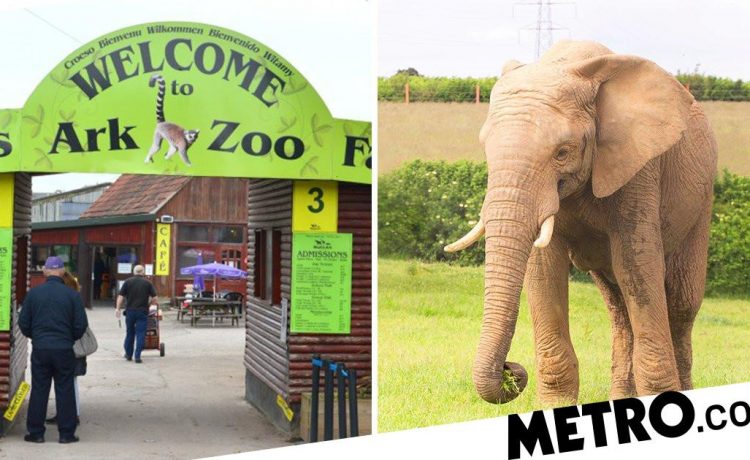 A zoo has launched an investigation after one of its bull elephants killed another in a night-time attack.

M’Changa, a 12-year-old African elephant, had been sleeping when the other bull struck at Noah’s Ark Zoo Farm, near Wraxall, North Somerset.

He died shortly after the incident, which comes after it was reveled new laws could stop elephants from being brought to UK zoos and safari parks in the future.

The zoo said its keepers are ‘distraught’ by M’Changa’s death.

It said another two bull elephants, named Shaka and Janu, were in the enclosure at the time of the attack and that the trio had ‘successfully lived together for over three years’.

The zoo said Janu, 16, and Shaka, 29, are unhurt but declined to name the attacker.

The zoo said: ‘Bull elephants are large and powerful animals. Their behaviour in the wild and in zoos can often typically be active, boisterous and can at times be aggressive.

‘Our dedicated team of elephant keepers are understandably distraught over this recent event, and we are doing all that we can to support them during this difficult time.’

Larry Bush, managing director of Noah’s Ark Zoo Farm, said: ‘The Noah’s Ark team are incredibly passionate about all the animals at the zoo and M’Changa’s loss will be felt very deeply.

‘He will be missed dearly by all staff as well as our members and visitors. We will continue to help promote and contribute to the conservation of elephants into the future.’

M’Changa was transferred to the UK from Boras Zoo in Sweden in 2014.

African Elephants are classed as endangered in the wild, where they are threatened by poaching for their ivory.

M’Changa was living with the other two bulls in the Elephant Eden, a 20 acre space that has previously won an award on its best practice with specialist elephant keepers.

Noah’s Ark’s elephants have been key in conservation efforts and the bulls can be transferred to other zoos to contribute to breeding programmes.

The zoo said elephants are typically social animals so having the option of being together is an important part of their welfare.

But it said it would look at its future plans to establish the best way forward for its elephant programme.