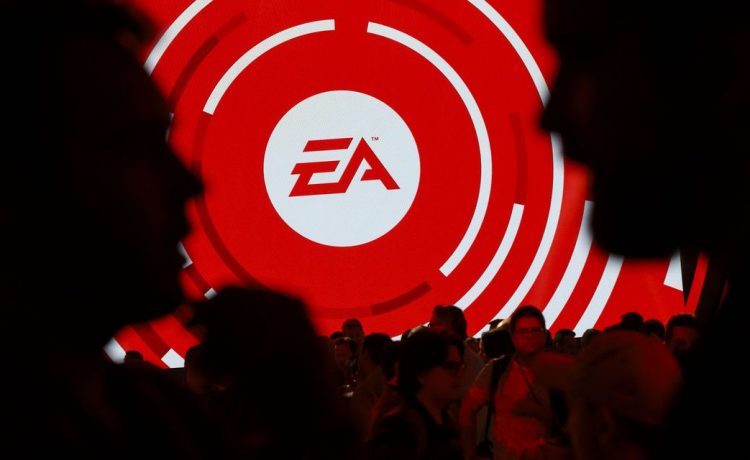 
Electronic Arts
said a lot of people played its videogames the past few months. Go figure.

The videogame publisher’s fiscal first-quarter earnings report topped Wall Street’s heightened expectations amid Covid-19 shutdowns. The company reported earnings of $1.25 of per share for the quarter ended June 30, ahead of consensus estimates calling for $1.02 per share, according to FactSet.

Net revenue soared to $1.46 billion, topping estimates calling for $1.05 billon. Of that, $1.1 billion came from the live services and other category, while the full game category brought in $359 million. Live services are generally in-game items, perks, and added content purchased after the game is sold.

A strong quarter was largely expected, as playing videogames was one of the few leisure activities that benefits from children and adults not leaving their homes. That came at an opportune time for videogame publishers, since new gaming consoles don’t launch until the fall. Generally, sales are down in the final year of a console generation.

While investors were well aware of the benefit from the stay-at-home trend—sending shares of EA (ticker: EA),
Take-Two Interactive Software
(TTWO) and
Activision Blizzard
(ATVI) to 52-week highs—they could only guess at its financial impact.

Blake Jorgensen, who is both chief operating officer and chief financial officer, said in the earnings release that player engagement during the quarter was “exceptionally high.”

“Our Stay Home, Play Together initiatives have been a strong tailwind for the business, as players look for safe and social entertainment in these difficult times,” Jorgensen added.

Player acquisition for its FIFA soccer franchise was up more than 100% year-over-year, while Madden NFL saw such growth of 140%. The company said The Sims 4 hit 30 million players, and saw record highs for the first quarter in terms of daily, weekly, and monthly active users. The company said Apex Legends’ fifth season led to player engagement levels not seen since the game’s first season in 2019.

EA stock edged up 0.5% to $139.25 in aftermarket trading, approaching a 52-week high of $142.31. Shares of peers Take-Two Interactive Software and Activision Blizzard were also rising.