NewsGroove Uk
NewsGroove Uk > Politics > Election 2019: Who should YOU vote for in general election?
Politics

Election 2019: Who should YOU vote for in general election? 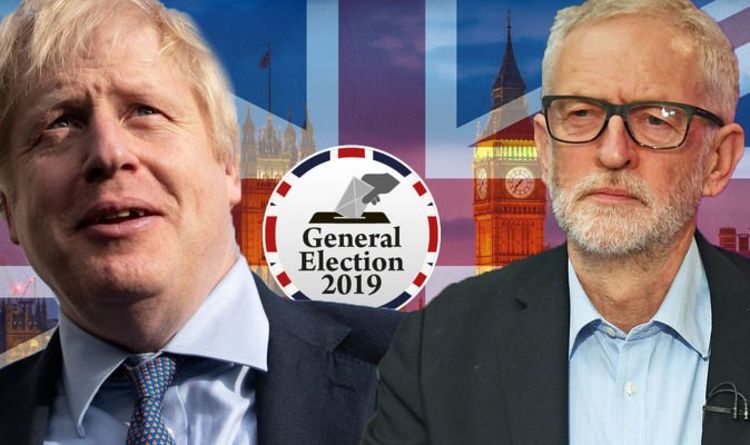 As the 2019 general elections nears the main parties have pledged their promises to the British public. So far, the Conservatives, Labour, the Lib Dems, the Independent Group for Change, the Green Party, the Brexit Party and UKIP have revealed their manifestos in England, while the SNP, the Scottish Conservatives, Scottish Labour and the Scottish Greens have done so in Scotland.

In Wales, Wales, Plaid Cymru, the Conservatives, Labour and the Brexit Party have also launched their official election pledges.

In Northern Ireland, the Alliance and the DUP have unveiled manifestos so far.

The manifestos are official campaign pledges and should help voters decide which party they agree with most.

Here’s a breakdown of what the UK’s main parties have promised ahead of the December 12 election.

Election 2019: The general election is less than two weeks away (Image: GETTY)

Who should you vote for in the 2019 general election?

The Conservatives will bring back the EU divorce bill to Parliament before Christmas to achieve Brexit by the January 31, 2020 deadline.

Over the next three years, the Tories say 20,000 more police officers will be appointed in England and Wales

Introduce an Australian-style points-based immigration system, is also on the agency.

The system treats everyone equally regardless of where they come from.

A national transformation fund of £400bn, including £250bn for energy, transport and the environment, and £150bn for schools, hospitals and housing.

Hold another referendum on Brexit

Minimum wage for all workers to increase to £10-an-hour.

Labour says the party will also put £75bn for 100,00 news council homes a year by 2024 and 50,000 affordable homes a year through Housing Associations.

Free full-fibre broadband for every home and business in the UK by 2030 is also one of the party’s key priorities.

One of the party’s key priorities is to stop Brexit.

The party vows to invest £100bn a year for a decade to tackle climate change and want net-zero carbon emissions in the UK by 2030.

Through their green investment, they also hope to create more than a million new jobs.

On Brexit, the party wants to introduce a People’s Vote Bill to implement another referendum on Brexit and will campaign to Remain.

The party will campaign for Remain and hold another referendum on Brexit if elected.

Another top priority from the Independent Group for Change is to achieve carbon net-zero by 2045.

Transition away from the sale of new petrol and diesel cars and vans by 2030 and phase out non-essential plastics by 2025.

The Brexit Party wants to leave all institutions of the EU and restore the primacy of UK law.

The include negotiating a free trade agreement with the EU, similar to the deals the bloc has with Canada and Japan, with a new deadline of July 1, 2020.

The party also pledges to spend £200bn on infrastructure, wifi and services for young people.

UKIP wants to leave the EU immediately without a deal.

In addition, it wish to invest £5.4bn a year for 30,000 more doctors and 40,000 more nurses and make education in schools to focus on making the UK self-sufficient.

SNP wants a referendum on Scottish independent in 2020 and also hope to keep Scotland in the UK, single market and customs union.

The party also wants greater power for the Scottish Parliament.

Ending austerity is also a top priority for the party.

Introduce an NHS Protection Bill to block UK governments from using the NHS in trade talks.

The party also pledges to devote an extra one percent of GDP to green investment over 10 years.

Lift children out of poverty via new payments for children in low-income families, and a “once in a generation” £300m boost for education, is also a priority for the party.

DUP pledges to defend the Union and oppose a border poll.

The party also says it will respect the result of the 2016 EU referendum and support a Brexit where Great Britan and Northern Ireland leave together.

Ms Foster’s party oppose the backstop and any trade barriers between Great Britain and Northern Ireland.

Sinn Fein’s key priorities are to secure a date for a referendum on a united Ireland, oppose Brexit and achieve a zero-carbon society.

The Alliance Party pledges to oppose hard Brexit and support a second referendum.