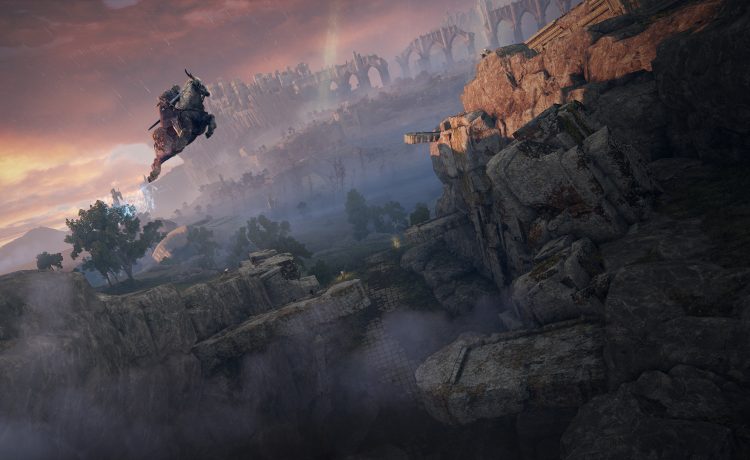 What’s really interesting, though, is the implication that this fire is more than an Easter egg. Could Elden Ring utilize a version of the bonfire mechanic seen in Dark Souls games, or is this actually a camping fire the player can build when they’re roaming the game’s world?

The Bow and Arrow

While many of the Soulsborne games feature the ability to use a bow, the viability of that weapon has always been limited. In fact, bows have always felt like kind of an afterthought in those titles.

However, the Elden Ring trailer features a fairly intense sequence in which we see the player character use a bow and arrow quite effectively. Maybe it’s a little early to say for sure, but it really seems like that style of ranged combat is going to be much more viable in this game.

This detail is only briefly shown in the actual Elden Ring trailer, but a separate screenshot that highlights one of the castles shown in that footage clearly features a crimson banner with what appears to be a golden lion emblazoned upon it.

Given that it feels kind of strange to think of a lion existing in this universe, the more likely explanation for this visual is that the design is a reference to Elden Ring contributor George R.R. Martin’s Song of Ice and Fire series.

A truly bizarre thing happens about midway through the Elden Ring trailer when the player character’s horse (or whatever that mount is supposed to be) takes flight and rockets up the side of a cliff.