The house used in the Edwards Scissorhands movie is up for sale – though it is no longer the iconic turquoise colour it was in the film.

The property, located in Lutz, a suburb of Tampa Bay, Florida, was built in 1989, shortly before filming began for the movie, and interior and exterior shots were used in the film.

Some of the features seen in the film are still within the property, including the kitchen cabinets and countertops, though the exterior has been painted over.

The 1,432-square-foot, one-storey property features three bedrooms and two bathrooms, and is a piece of movie history.

Given it’s significance in the cult classic film, which also starred Winona Ryder, it’s no surprise the estate agents looking after the sale have been inundated with calls from potential buyers.

Although the property would give any movie-lover serious bragging rights, it sadly does not come with Edward on hand to trim the bushes or give haircuts inside.

The film has remained a classic in the 30 years since its release, as viewers were captivated by the story of Edward Scissorhands.

Edward was an artificial humanoid created by an inventor, who died before he managed to give him real hands, leaving him with sharp scissors instead of fingers and alone in a deserted gothic mansion.

He is discovered years later by local Avon lady Peg Boggs, who takes him home with her when she realises he is harmless despite his terrifying array of knives for hands.

Bringing him back to the neighbourhood of course creates great interest from the local neighbours in their picture-perfect houses as they all want to learn more about the mysterious new addition to their street.

Something tells us the house Edward lived in won’t be on the market for too long until an avid film buff snaps it up.

MORE: Inside the life of celebrity chef for Johnny Depp, Tom Cruise and why a director threw a knife at him 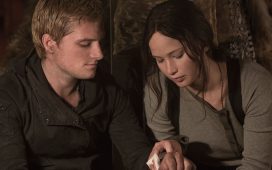 Lululemon's Ice Dyed Collection Will Give You Chills