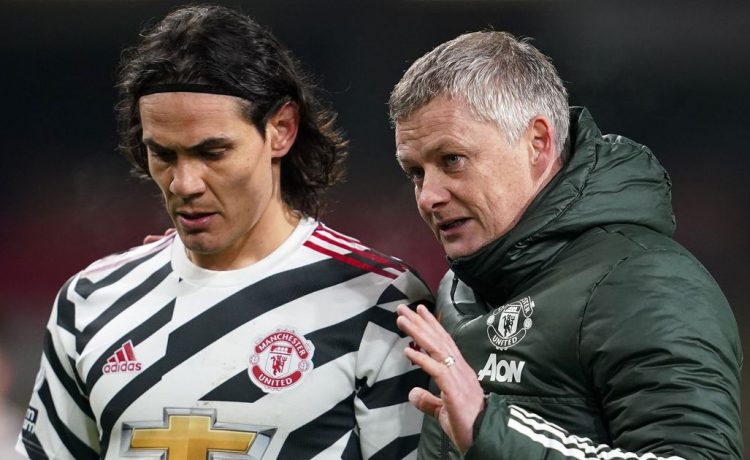 When a player makes recommendations for your club to sign, it suggests they are comfortable with their surroundings.

And that seems to be the case with Edinson Cavani who touted his Uruguayan pal Nicolas De La Cruz to be a shrewd signing for Manchester United.

According to TNT, the Red Devils are one of five clubs interested in the River Plate star with Fiorentina also eyeing a move.

It’s a drastic change of fortunes for a player that was seemingly “uncomfortable” in England according to his dad Luis when it was unclear if he was going to extend his stay at Old Trafford.

He threw his son’s future in doubt when he claimed his son wanted out of England and wants to be “close to his family” in his native Uruguay.

Could Edinson Cavani stay at Manchester United beyond this season? Comment below

In an interview with Argentine outlet TyC Sports , Luis also declared the 34-year-old would like to play for one of the country’s giant clubs: Boca Juniors.

He said: “Edinson is going to end up playing in South America. I want Edinson to play in a team that fights for something important.

“Edinson had many conversations with [Boca vice-president Juan Roman] Riquelme and he would like to play for Boca. He was always seduced by the idea of playing in Boca.”

United fans were in panic mode at this stage as this was the clearest sign yet that he was not going to sign a new deal at Old Trafford.

it almost felt like it came from the horse’s mouth too, but something changed for Cavani as the season came to a close.

The veteran striker took time to settle into the side during the first half of the season and it didn’t seem like it would be a huge miss if Man Utd didn’t retain his services for an extra year.

But his second half of the season was a completely different story. Cavani impressively led the line, linking up well with his teammates, bringing others into play and of course what he does best, scoring goals in a clinical fashion.

Strikers are at their happiest when hitting the back of the net and the fact he hit rounded into form would have likely changed his outlook on what he was going to do next.

At his age, Cavani wants to play for a team that is a good fit for him and United were able to show that they were compatible.

The forward would eventually sign a one-year extension and it seems like he is getting more comfortable with the club as the days go by as he reportedly recommended De La Cruz to Ole Gunnar Solskjaer.

It’s a welcome sign even if United doesn’t pursue his tip as it shows that Cavani is all in with what the club are trying to achieve and who knows, he could even stay beyond this season.