Edinburgh-based commercial property landlord Ediston has insisted “retail is not dying” despite the carnage on the high streets.

The company which owns retail parks and units across the UK blamed investors’ uncertainty over the sector for a 5% drop in its net asset value over the last year. Rents at many major shopping outlets have tumbled after CVAs at chains such as Debenhams and the Arcadia group.

But Ediston reported a slight increase in rental income and insisted its focus on large B&Q-style ‘retail warehousing’ units puts it in a string position to respond to the shift from city centre to out-of-town shopping.

Chairman William Hill said: “Retail is not dying, it is changing. The extent of the letting activity shows that a market clearly exists for the right accommodation which suits retailers with good business propositions. The Board believes the Company is on the right side of the retail change given its assets are largely in convenience led retail warehousing and this will increasingly be evident going forward.

“The Board is as positive as it can be on the medium-term outlook.  The Company has a well-covered dividend, leverage comfortably below covenant limits and assets that are well-let and are subject to a proactive management regime.”

In its annual report for the 12 months to 30 September, Ediston said it had its busiest year yet for asset management, completing 13 lease transactions and signing eight agreements for lease with new tenants which took its total rental income from £16 million to £16.2 million. It said there is a further £1.1 million of potential income from agreements for lease from units to be constructed.

Deals included letting agreements with Aldi, Home Bargains, Costa, Iceland and Euro Garages at Ediston’s new retail warehouse development at Haddington, East Lothian, which will collect total rent of £834,298. The development awaits planning permission. At its retail warehouse site in Coatbridge, it signed agreements for lease with Costa Coffee and Burger King for drive-thru units for a combined annual rent of £159,500.

The valuation of its property portfolio at 30 September was £319.2 million, a like-for-like decrease of 3.5% on year ago.

But the discount to Net Asset Value for investors increased from 5.5% to 21.4%, which Hill said “would appear to reflect market concerns over the retail sector and the Company’s 64% exposure to retail warehousing”.

He added: “Whilst the Brexit saga continued to dominate the news, the greatest impact on property markets was not the failure to get a Brexit resolution but the collapse of investor confidence in the retail sector.

“Perhaps this is not surprising given the torrent of CVAs and administrations from retailers, increasing vacancy rates, falling rents and rising yields. However, to the detriment of the Company’s share price, the market has not been very discerning in how it has looked at the different parts of the sector.”

Ediston also announced that Imogen Moss, head of global real estate at the law firm Allen & Overy, will be joining its board but that Robert Dick would stand down next year. 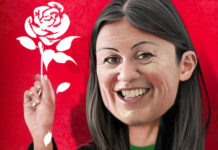 Lisa Nandy, leadership long-shot on the road from Wigan

Big pharma failing to invest in new antibiotics, says WHO

How the dog biscuit became a million dollar idea