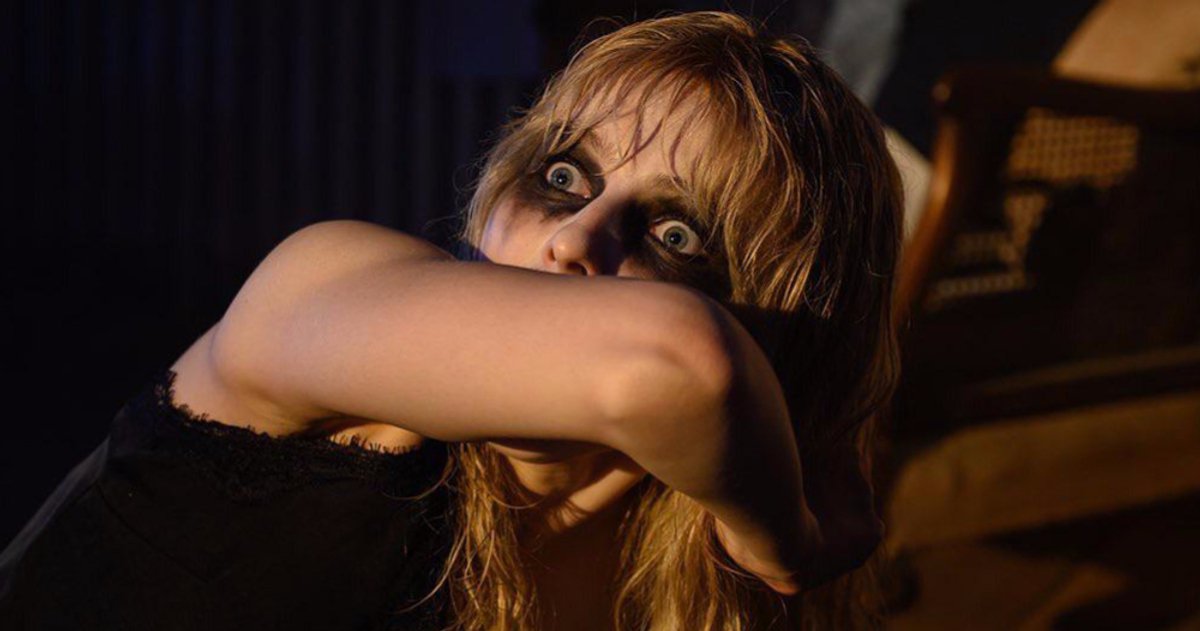 Edgar Wright’s Last Night in Soho has officially wrapped production. In honor of the occasion, we have our first look at the highly anticipated thriller. Wright posted the image on social media and it features a rather unsettling visual of Anya Taylor-Joy’s character in black clothing with black eye makeup on. There’s nothing else to really get from the image since it is taken out of context, but Wright is looking forward to people seeing it in theaters next September. Wright had this to say about the movie.

Last Night in Soho is Edgar Wright’s first project since releasing the highly acclaimed Baby Driver in 2017. The new thriller started production back at the end of May and according to Wright, everything is finished. It’s now time to jump into the post-production process to prepare for next year’s release date. Last Night in Soho is reportedly inspired Roman Polanski’s Repulsion and Nicolas Roeg’s Don’t Look Now, which teases some pretty big twists. Wright is definitely no stranger to putting big twists in his projects.

In addition to Anya Taylor-Joy, Last Night in Soho also stars Terence Stamp, Matt Smith, and Thomasin McKenzie. Other than being labeled as a psychological horror, not much else is clear about Edgar Wright’s upcoming project. It will reportedly be a departure for Wright and there will not be a comedic element to it, which might come as a surprise to fans of the director’s earlier work. Regardless, after the success of Baby Driver, many are looking forward to seeing what Wright has up his sleeve this time around.

Edgar Wright became known for his comedic talents early on in his career when he teamed up with Simon Pegg and Nick Frost. The trio made Shaun of the Dead, Hot Fuzz, and The World’s End together. After putting out Baby Driver, the director showed that he can do a lot more than comedy and delivered some of the best car chases seen on the big screen in recent memory with an inventive soundtrack. With that being said, Last Night in Soho could really go anywhere, though the rumored stories that inspired the movie suggest psychosexual and supernatural elements.

Edgar Wright’s Last Night in Soho will hit theaters next September. The director now has plenty of time to edit and conduct reshoots, if need be. Now that principal photography has wrapped, we should end up seeing a trailer in the near future, quite possibly by the beginning of next year, or maybe even the end of this year. There’s plenty of blockbusters on the way to get a lot of eyes on the upcoming movie. You can check out the first image from Last Night in Soho below, thanks to Edgar Wright’s Twitter account.

That is a wrap on main unit photography on my next feature film, ‘Last Night in Soho’. Can’t wait for you all to see @lastnightinsoho on a big screen near you, September 25th, 2020… pic.twitter.com/JTvSB7SEDB