Eddie Hearn has told Anthony Joshua that going into a potential fight with Tyson Fury as the ‘underdog’ could work to his advantage.

Fury produced a dominant display against Deontay Wilder to clinch the WBC world heavyweight title after the American’s corner threw in the towel in the seventh round at the MGM Grand on the Saturday night.

Wilder has 30 days to activate the option of a third fight but Fury’s stunning victory in Las Vegas has reignited talk of a possible unification bout with Joshua.

Speaking to Sky Sports News on Monday morning, Hearn, claimed that the underdog tag would be ‘perfect’ for Joshua versus Fury, just as was when he beat Wladimir Klitschko back in 2017.

‘Fury has beaten Klitschko, he’s beaten Wilder. His resume stands now as possibly one of the best in the division.

When you look at Joshua’s whole resume as well, it’s looking increasingly impressive. But it’s all irrelevant at the end.

‘And I said to AJ last night, the great thing about this is you’re going into the fight as the underdog. Very rarely will you see AJ going into any fight as underdog but this time, when you look at the betting markets, he’s the underdog against Tyson Fury.

‘That’s perfect, just how we want it. We believe we’ve got the man who can be the undisputed heavyweight world champion. Tyson Fury believes he can beat Anthony Joshua. There’s only one way to find out… let’s make it happen.’

Hearn has reassured boxing fans that he will be doing everything in his power to set up a fight between Joshua and Fury to decide the ‘king’ of the heavyweight division.

‘All AJ wants to do now is go forward and prove he’s the best division and create a legacy that can proves to everybody that he is,’ he added.

‘For the first time, as I said, he’s the underdog and I love that. I love seeing Anthony Joshua as the underdog.

‘He was when he boxed Klitschko and we saw his performance there. Let everybody think that Tyson Fury is going to school AJ: “He’s too good, he’s the king of the castle”.

‘AJ will do what he always does, he will work diligently behind closed doors to improve as a fighter and win this fight and then there will be no arguments because, as good as the performance was from Fury, you cannot categorically say that the best heavyweight in the world is Tyson Fury.

‘Until these two fight, it will not be resolved who is the king and we want to see. It’s the best thing that could happen to the sport in this country and we have a chance to find out who is the very best. We have to all do what we can to make this fight.’ 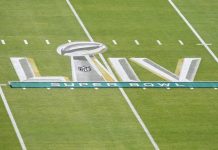 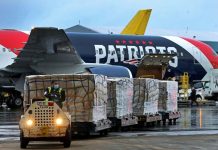