EATING cheese, yoghurt and milk can slash your risk of having a stroke by ten per cent, experts say.

A major study of more than 418,000 people in nine countries revealed that consuming these dairy products can cut the risk of the most common type of stroke.

In particular, for every extra glass of milk those in the investigation drank a day, the risk of an ischaemic stroke caused by a blood clot fell by five per cent and it dropped by nine per cent for every small pot of yoghurt.

It comes after scientists analysed the association between food and two major types of stroke – ischaemic and haemorrhagic.

Ischaemic stroke occurs due to a blockage in the artery cutting off the blood supply to the brain, while haemorrhagic stroke occurs when there is bleeding in the brain that damages surrounding cells.

Researchers led by the University of Oxford asked people from nine European countries to provide information about their diet, lifestyle and medical history.

They were then followed up for an average of 12 years.

Around 4,281 cases of ischaemic stroke and 1,430 cases of haemorrhagic stroke were recorded during this time.

The study, published in the European Heart Journal, found higher intakes of fruit, vegetables, fibre, milk, cheese or yoghurt were each linked to a lower risk of ischaemic stroke.

In particular, every 10g more intake of fibre a day was associated with a 23 per cent lower risk of ischaemic stroke – which is equivalent to around two fewer cases per 1,000 of the population over ten years.

Fruit and vegetables were associated with a 13 per cent lower risk for every 200g eaten a day.

But they found “no significant association” with these foods to a lower risk of haemorrhagic stroke.

Despite this, the results cast doubt on “going to work on an egg”’, as those who ate more eggs were more likely to have a rarer haemorrhagic stroke.

They found every extra 20g of eggs consumed a day was linked to a 25 per cent higher risk of haemorrhagic stroke, which they said, was equivalent or around two cases per 3,000 people over 10 years.

The researchers are now urging people to increase their fibre and fruit and vegetable consumption to reduce their risk of stroke.

What is a stroke?

A stroke is a serious life-threatening medical condition that happens when the blood supply to part of the brain is cut off.

Strokes are a medical emergency and urgent treatment is essential.

The sooner a person receives treatment for a stroke, the less damage is likely to happen.

If you suspect that you or someone else is having a stroke, phone 999 immediately and ask for an ambulance.

The main symptoms of stroke can be remembered with the word FAST:

Like all organs, the brain needs the oxygen and nutrients provided by blood to function properly.

If the supply of blood is restricted or stopped, brain cells begin to die. This can lead to brain injury, disability and possibly death.

There are 2 main causes of strokes:

There’s also a related condition called a transient ischaemic attack (TIA), where the blood supply to the brain is temporarily interrupted.

This causes what’s known as a mini-stroke. It can last a few minutes or persist up to 24 hours.

Dr Tammy Tong, the first author on the study and a nutritional epidemiologist at the Nuffield Department of Population Health, University of Oxford, said: “The most important finding is that higher consumption of both dietary fibre and fruit and vegetables was strongly associated with lower risks of ischaemic stroke, which supports current European guidelines.

“The general public should be recommended to increase their fibre and fruit and vegetable consumption, if they are not already meeting these guidelines.

“Our study also highlights the importance of examining stroke subtypes separately, as the dietary associations differ for ischaemic and haemorrhagic stroke, and is consistent with other evidence, which shows that other risk factors, such as cholesterol levels or obesity, also influence the two stroke subtypes differently.”

Commenting on the research, Dr Richard Francis, Head of Research at the Stroke Association, said to reduce your risk of stroke, people also need to focus on keeping active and monitoring blood pressure.

‘LOOK AT THIS PHOTO’

Coronavirus symptoms — the five early warning signs to look out for

He added: “Although this research found specific foods may be linked to risk of stroke, it’s better to look at your eating and drinking habits overall.

“It is not the case that removing one type of food, such as eggs, from your diet will stop you from having a stroke.

“To reduce your risk of stroke, focus on eating a healthy diet, keeping active and monitoring your blood pressure.  If you’re concerned about your stroke risk, talk to your GP.” 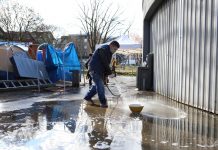 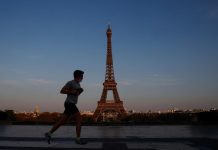 Alesha Dixon health: Coronavirus – does the BGT judge have it? Latest

Papworth nurse: Coronavirus patients 'quite a lot younger at times'