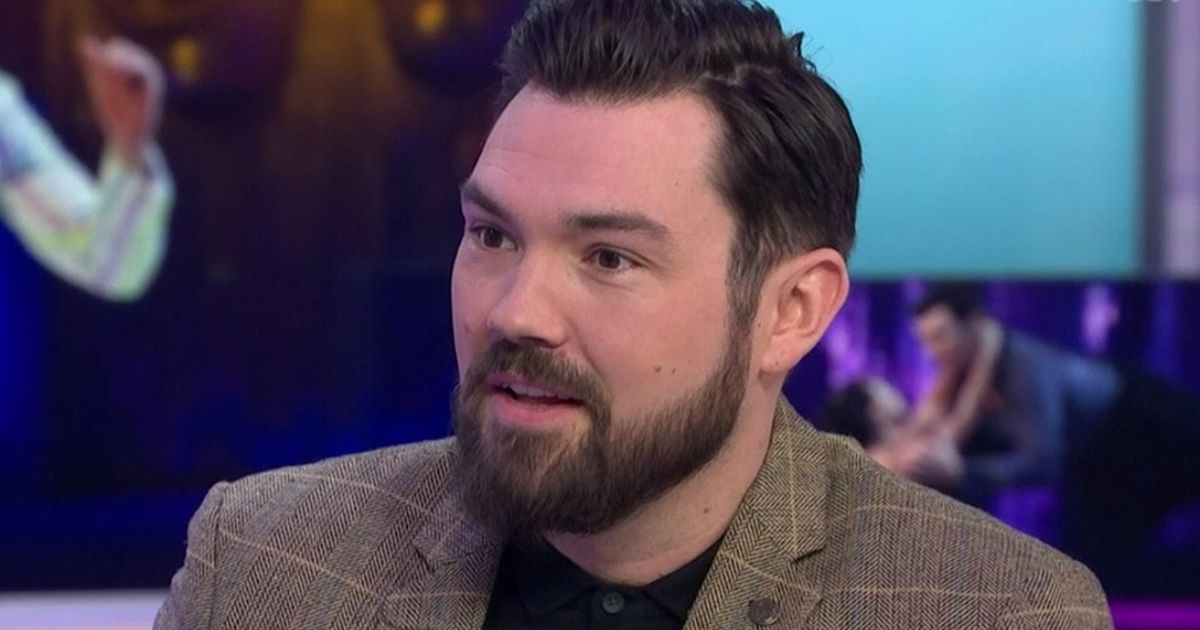 Former EastEnders actor Sam Attwater has revealed he picked up a gory injury after he fell on his Dancing on Ice winner’s trophy.

In 2011 he skated alongside Brianne Delcourt and won, then in the All Stars series he skated with his fiancée Vicky Ogden but finished in fourth place.

Appearing on Good Morning Britain today, the Leon Small star explained he’d had a fall at home, onto his Dancing on Ice trophy, that had left him with a punctured bum cheek.

Sam explained he hadn’t had any accidents while competing twice on Dancing on Ice, but did more recently.

He said: “I was talking about it in the green room. I was asked where my trophy is now and I said unfortunately, it’s in a box in the garage.

“I fell off the ladder and I punctured my butt cheek. It’s quite sharp, the trophy.”

He went on: “A trophy injury. It literally pierced me.”

The E20 star reassured hosts Adil Ray and Charlotte Hawkins that it was “just a wound” and nothing too serious.

Adil, 45, then asked who “touched Sam up” in regards to helping with his injury – apparently not realising the innuendo.

Holding back a laugh, Sam said: “No one touched me up, but it was sorted.”

He added: “I was fine. I checked it and I showed my wife. I think there’s a slight scar, but it’s fine.”

Good Morning Britain airs weekdays at 6am on ITV