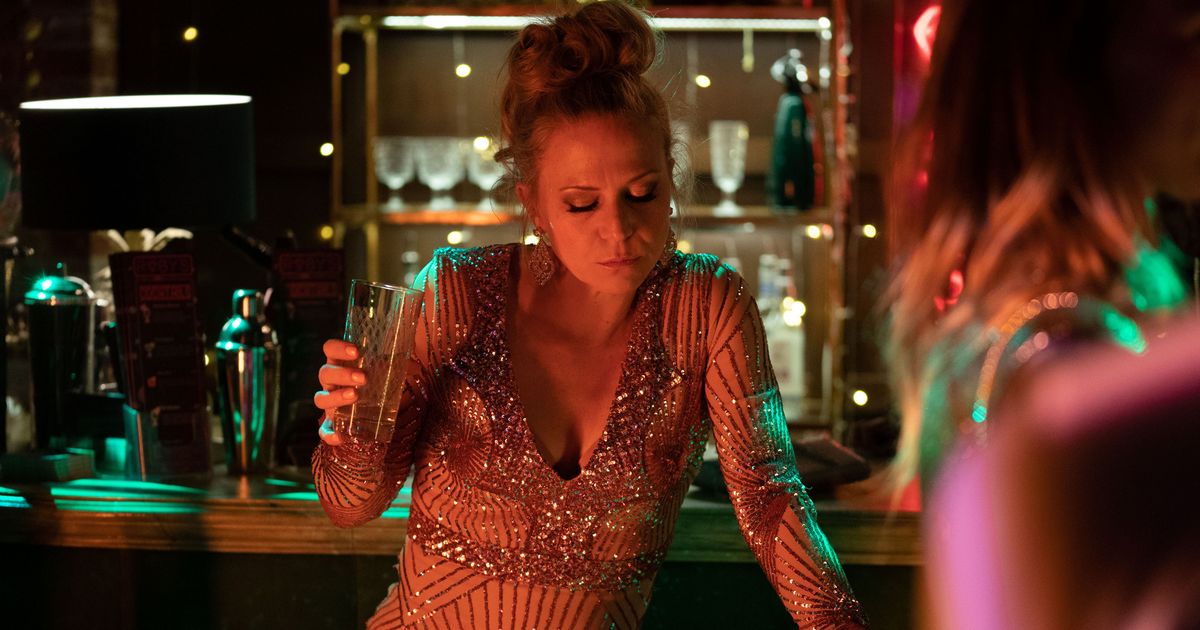 EastEnders ‘ favourite Linda Carter [Kellie Bright] behinds to spiral out of control as the mum-of-four throws herself into New Year celebrations on Albert Square.

Bosses are gearing up a special episode for New Year’s Eve which will focus on Linda’s battle with alcoholism, with the episode entirely from her point of view.

Over recent weeks, viewers have seen Linda’s drinking become a cause for concern, including her crashing her car while drunk on the school run.

She was found unconscious on the square by her son, Lee [Danny Boy Hatchard], which resulted in her spending Christmas Day in hospital, before discharging herself and spending the evening drinking alone by the tube station.

Although Linda has promised her husband, Mick [Danny Dyer], that she would cut back on the booze and stop drinking, she eventually throws herself into full party mode, with the temptation proving too much.

As Linda continues to drink more and become more out of hand, it’s clear to see that her family is the last thought on her mind.

Further spoilers have shown that her night takes a troubling turn and she finds herself in a dangerous situation.

Executive producer, Jon Sen said earlier in the month: “Over the past few months, we’ve watched as Linda Carter struggles to cope and finds solace in the bottom of a bottle.

He went on to add: “This blistering episode portrays the harrowing consequences of Linda’s alcohol abuse on her friends and family alike.

“It is one of the most unique and important episodes we’ve made since my arrival a year ago.”

The special episode will air on Tuesday, December 31st at 7:30 pm on BBC One