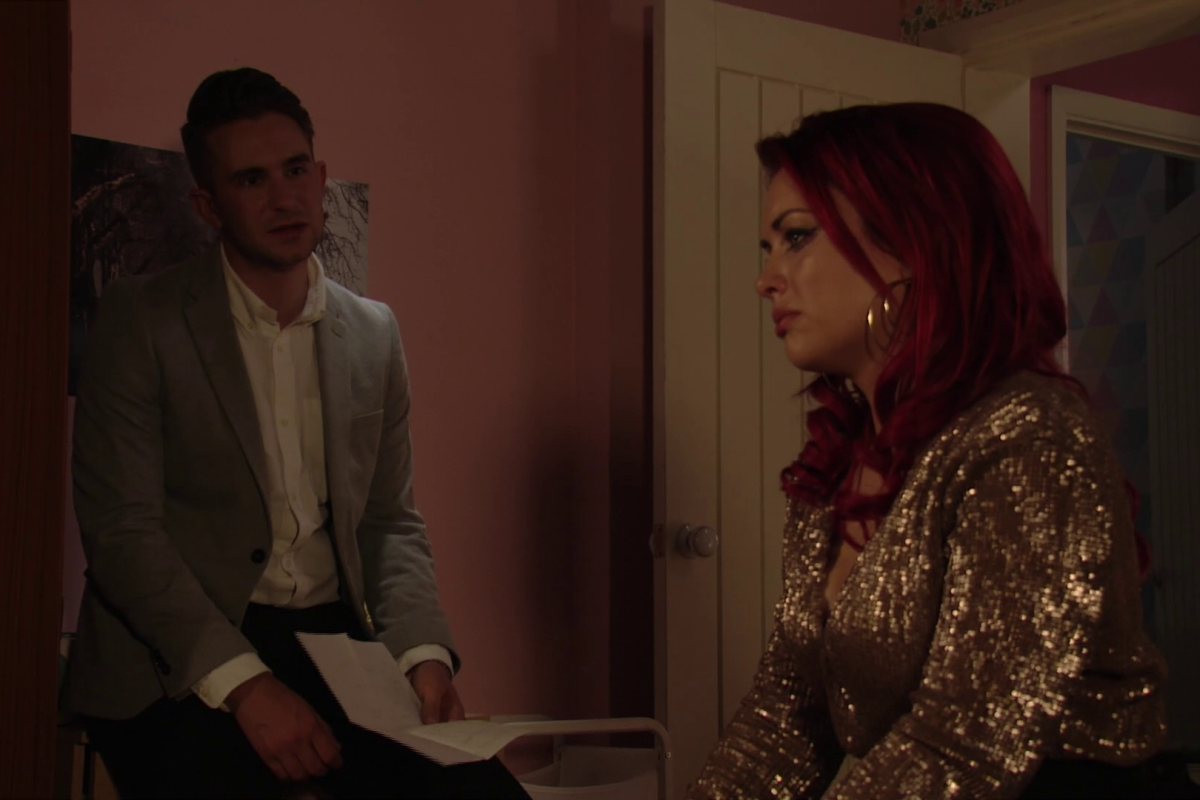 EASTENDERS fans have hit out at Whitney Dean for vowing to marry Callum Highway despite discovering he is gay.

The barmaid – who is played by actress Shona McGarty in the BBC soap – was horrified when Callum admitted cheating on her with Ben Mitchell on the night before their wedding day.

But after her unlucky in love life and string of failed relationships and bad decisions, she inexplicably decided to go ahead with the wedding.

Hunting down Ben, Whitney grabbed him by the throat and made it clear she had no intention of losing Callum to him – even if he is gay.

She said: “Come on, got nothing to say? This is your perfect scenario isn’t it? Breaking hearts and holding power over everyone.

“You’re pathetic, you just can’t stand the thought of anyone else being happy can you Ben? Poor little Ben everyone’s got to be as miserable as he is because he’s had such a tough life.

“Who hasn’t had a tough life, eh? No-one else matters to you. I bet you wouldn’t even look twice at him if he wasn’t happy with someone else.

“He’s just another person to manipulate.You stay away from us or I swear to God I will kill you.”

But as Ben asked her how she could marry an obviously gay man who cheated on her, Whitney insisted she would.

She said: “Because I love him and I deserve to be happy. I ain’t going to let you ruin that for me.”

Fans were heartbroken for her but enraged that she’s setting herself up for more heartbreak.

One wrote: “What woman in their right mind would actually marry a bloke who has been unfaithful with another woman let alone a bloke??”

A second said: “I deserve to be ‘appy” Yes with a bloke who’s attracted to men love.”

Another added: “Whitney, you deserve to be with someone who truly loves you and values you. Callum is gay and in denial. You deserve better. Just let Callum be with Ben, and find someone better for you.”

READ  The Walking Dead season 10 spoilers: Rick Grimes' return will not be 'this season'