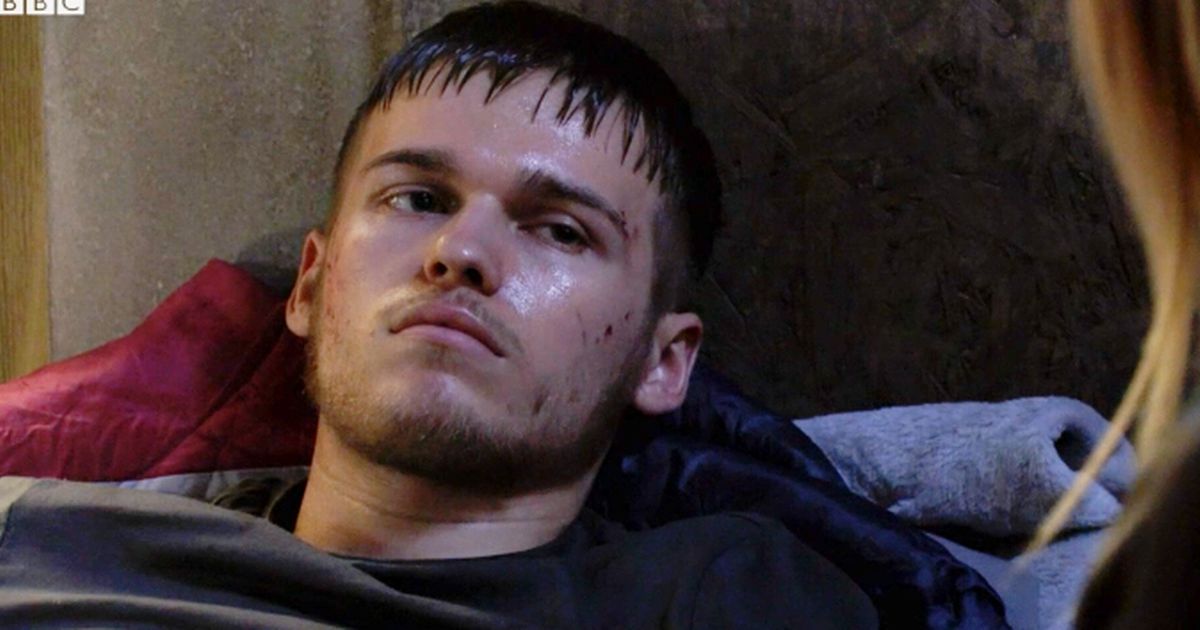 Last week, Hunter Owen (Charlie Winter) returned to EastEnders after escaping prison and making his way back to Albert Square.

He has his mind set on getting revenge on Jack Branning (Scott Maslen), but he has a slight issue in the fact that he’s injured.

In tonight’s episode, mum Mel (Tamzin Outhwaite) went to his hiding place to try and fix up his injury, plying him with vodka and a rag to bite down on.

Mel got to work on Hunter, instructing him to drink to numb the pain – but it didn’t seem to help as he screamed in agony.

And while the character’s exit has already been confirmed, the way in which he will leave the Square hasn’t, which has led fans to start speculating.

Some are now certain that Hunter may not go out in a blazing glory in a showdown with Jack – instead they think his injury could be the thing to knock him off.

One tweeted: “Hunter may not have died Friday night but he will be soon?”

Another wondered: “Is Hunter going to die from this infection?”

And a third joked: “I’m literally months behind on EastEnders but just glimpsed some of tonight’s episode and it appears Hunter has been bitten by a walker.”

However others were still hopeful for a bit more drama, with one saying: “Hunter breaks into Jack’s house to kill Jack. Takes Denise hostage. Hunter gets killed.”

It’s set to be a dramatic time in EastEnders what with Hunter’s return and the inevitable fireworks involved in a soap wedding when Callum (Tony Clay) and Whitney (Shona McGarty) walk down the aisle.

There are some iconic returns coming too, with Lucy Benjamin reprising her role of Lisa Fowler and Patsy Palmer making a comeback as Bianca Jackson.

But will everything go as smooth as Whitney and Callum are hoping?

Whitney discovered some letters from Callum’s past and assumed they were from an ex-girlfriend who was now dead, but decided to ignore her fears.

Of course, viewers know that Callum has been struggling with his sexuality recently, even having an affair with Ben Mitchell (Max Bowden).

Only time will tell if Whitney ever becomes Mrs Highway.

EastEnders continues tomorrow at 7.30pm on BBC One.