Earliest life on Earth may have evolved in phosphorus-rich lakes 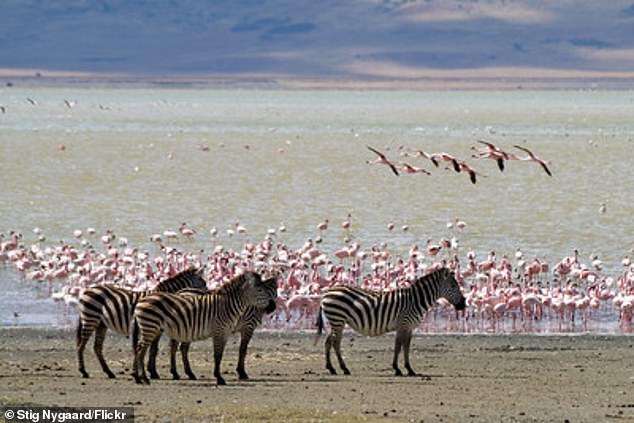 The earliest signs of life on Earth may have evolved in lakes that contain high levels of phosphorus due to the amount of carbon present in the water, a study reveals.

Researchers from the University of Washington examined water taken from lakes rich in carbon including Lake Mono in California and Lonar Lake in India.

Life as we know it requires phosphorus, it’s one of the main six chemical elements of life and is the backbone of DNA and RNA molecules but it is a scarce mineral.

This has caused scientists to spend 50 years pondering how an early lifeless Earth could produce enough phosphorus to generate life.

This new study claims the solution is in the fact high levels of phosphorus in carbon-rich lakes allowed phosphate molecules remained unbonded which led to chemical reactions resulting in early DNA and RNA strands.

The team focused on lakes that form in dry environments as part of the study. Thees lakes have high evaporation rates leading to salty and alkaline solutions.

Such lakes, also known as alkaline or soda lakes, are found on all seven continents.

They looked at phosphorus measurements in Mono Lake in California, Lake Magadi in Kenya and Lonar Lake in India – all carbon-rich bodies of water.

The high concentrations of phosphorus point to the existence of some common, natural mechanism that accumulates the mineral in these lakes, say researchers. 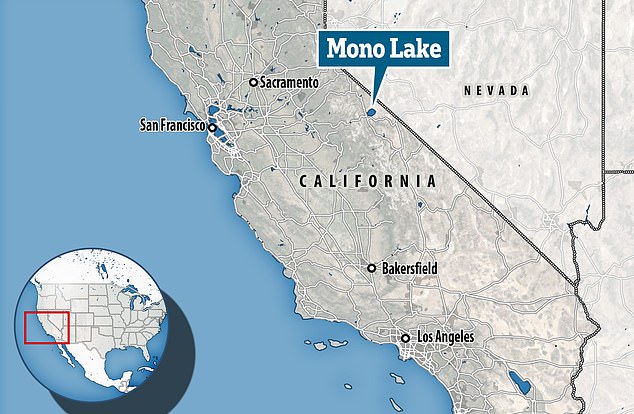 READ  Nailbiter to keen runner: the three secrets to turning a bad habit into a good one

Eastern California’s Mono Lake has no outflow, allowing salts to build up over time. The high salts in this carbonate-rich lake can grow into pillars.

Today these carbonate-rich lakes are biologically rich and support life ranging from microbes to Lake Magadi’s famous flocks of flamingoes.

Living things affect the lake chemistry so to get a better idea of what the early lake water would have been like they examined separate carbon-rich water in the lab.

They experimented with bottles of carbonate-rich water at different chemical compositions to understand how the lakes accumulate phosphorus, and how high phosphorus concentrations could get in a lifeless environment. 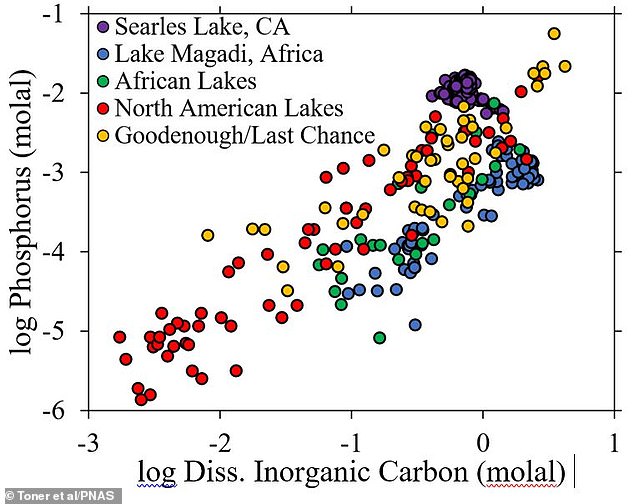 In most lakes, calcium, which is much more abundant on Earth, binds to phosphorus to make solid calcium phosphate minerals, which life can’t access.

In carbonate-rich waters, the carbonate outcompetes phosphate to bind with calcium, leaving some of the phosphate unattached, the team found.

‘It’s a straightforward idea, which is its appeal,’ Toner said. ‘It solves the phosphate problem in an elegant and plausible way.’

The team also found that phosphate levels could climb up to a million times levels seen in seawater when lake waters evaporate during dry seasons. 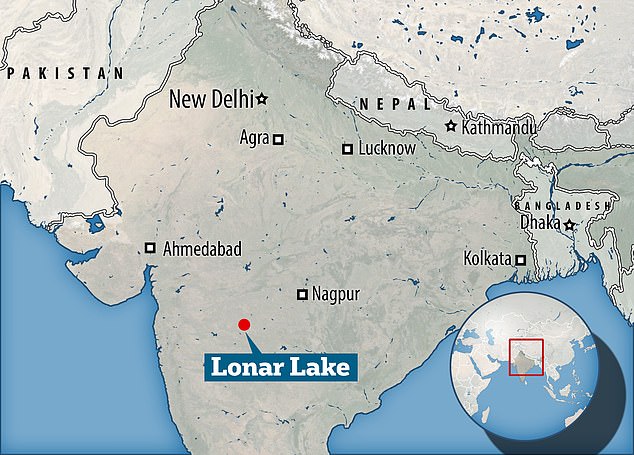 Lonar Lake in India is also known as the Lonar crater and a National Geo-heritage Monument. It was created by an asteroid collision with Earth during the Pleistocene Epoch

‘High levels of phosphate would have driven reactions that put phosphorus into the molecular building blocks of RNA, proteins, and fats, all of which were needed to get life going,’ said co-author David Catling.

The team said that the carbon dioxide-rich air on the early Earth about four billion years ago, would have been ideal for creating these types of lakes.

‘The early Earth was a volcanically active place, so you would have had lots of fresh volcanic rock reacting with carbon dioxide and supplying carbonate and phosphorus to lakes,’ Dr Toner said.

‘The early Earth could have hosted many carbonate-rich lakes, which would have had high enough phosphorus concentrations to get life started.’ 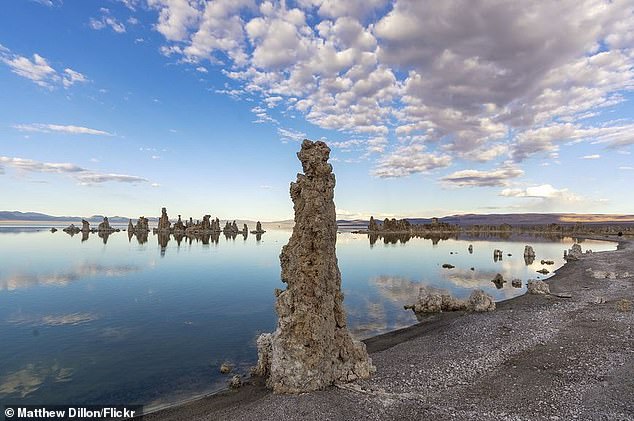 Eastern California’s Mono Lake has no outflow, allowing salts to build up over time. The high salts in this carbonate-rich lake can grow into pillars

An earlier study by the same team found that the lakes can also provide abundant cyanide to support the formation of amino acids and nucleotides.

Before then researchers had struggled to find a natural environment with enough cyanide to support an origin of life.

‘Cyanide is poisonous to humans, but not to primitive microbes, and is critical for the kind of chemistry that readily makes the building blocks of life’, said Dr Toner.

WHAT WAS THE ‘CAMBRIAN EXPLOSION’?

Scientists have long speculated that a large oxygen spike during the ‘Cambrian Explosion’ was key to the development of many animal species.

The Cambrian Explosion, around 541 million years ago, was a period when a wide variety of animals burst onto the evolutionary scene.

Before about 580 million years ago, most organisms were simple, composed of individual cells occasionally organised into colonies.

Over the following 70 or 80 million years, the rate of evolution accelerated and the diversity of life began to resemble that of today.

It ended with the Cambrian-Ordovician extinction event, approximately 488 million years ago. 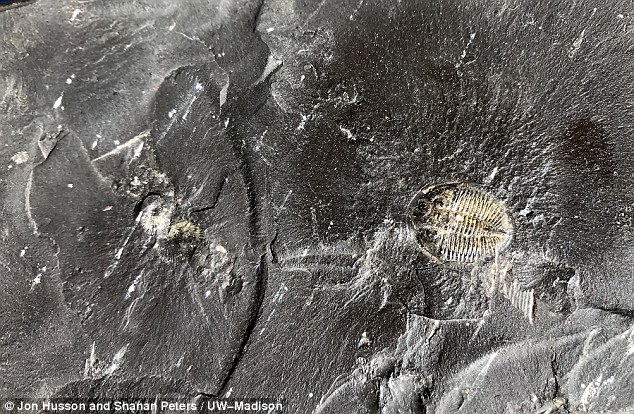 A recent study linked the historic rise in oxygen responsible for the formation of animal life on Earth to fossil fuels. Pictured: This black shale, formed 450 million years ago, contains fossils of trilobites and organic material that helped support these in oxygen