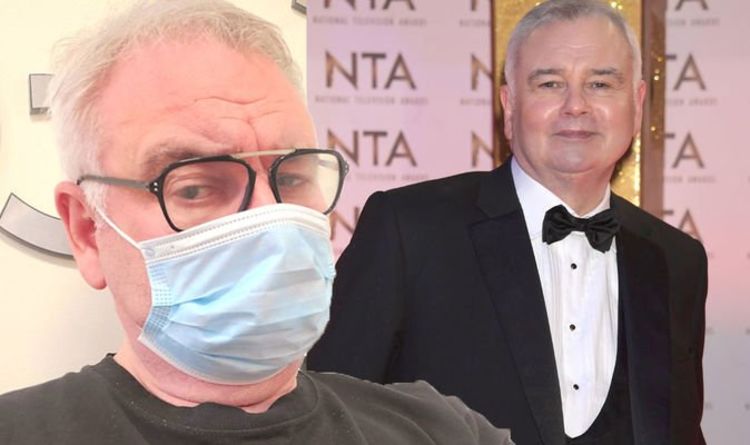 Eamonn Holmes got just two hours sleep last night, speaking out at 6am on Twitter. The This Morning host said his chronic pain was worse when lying down.

Speaking out in view of his one million followers, it seemed the broadcaster’s Easter Sunday had got off to a bad start.

The presenter has been posting regularly after first lamenting his health struggles last weekend.

Eamonn underwent an MRI scan a few days ago in the hope of getting to the root of the issue.

While he awaits the results, he has been struggling to rest and asked today “anyone know how to sleep standing up”.

“Just had my 2nd of the day… a week ago my Physio persuaded me to take them COLD.

“OMG they dull inflammation and breathe energy back into your body.”

It comes after he sparked worries when he said he was in hospital, clearing up the matter yesterday.