E-cigarettes have killed 42 people in the US, CDC says

The vaping death toll has risen to 42 people across the US, the Centers for Disease Control and Prevention (CDC) said Thursday.

A total of 2,172 people in every state but Alaska, plus Washington, DC and Puerto Rico are now sick with a mysterious lung illness that leaves doctors little recourse except to put them on ventilators, prescribe steroids and hope for the best.

The CDC has confirmed all 42 deaths, and reports that they’ve occurred in 24 – holding geographically steady from last week.

Increases may have slowed, but the illnesses remain prevalent and severe. On October 15, a 17-year-old athlete had to undergo an emergency double lung transplant after vaping left his lungs so scarred he was hardly able take in any oxygen.

At long last, officials announced a breakthrough last Friday. They found vitamin E acetate in an outsize number of the samples of e-cigarettes used by sick people, and believe now that a combination of the oily vitamin derivative and THC are a ‘strong culprit.’

A press briefing expected on Friday November 15 will likely reveal more details in Us health officials’ ongoing investigation into the outbreak of vaping-related diseases. 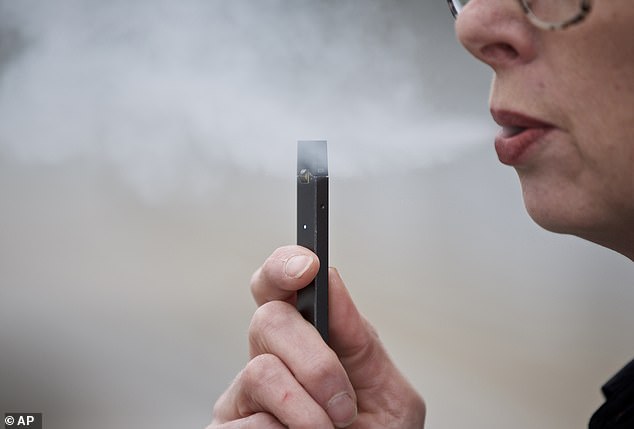 Vaping deaths continue to sweep the US, with the total death toll rising to 42 fatalities in 24 states. In total, 2,172  have fallen ill since the outbreak of illnesses began in March

Most of the victims are male and under the age of 35, with ages of those who died ranging from 17 to 75, according to the CDC’ report from last week .

According to the CDC, about 86 percent of people who’ve fallen ill reported vaping THC, the main psychoactive component in marijuana.

By comparison, a mere 11 percent have reported exclusive use of nicotine-containing products.

Most of the illnesses have resulted from people vaping a combination of THC and nicotine, health officials say.

They add that teens and young people make up the majority of illnesses because flavored e-cigarettes were marketed towards them.

The CDC’s analysis of 29 samples from the e-cigarettes used by people with the mysterious lung illness revealed that they all contained vitamin E acetate.

Twenty-three out of 28 samples contained THC.

Dr Schuchat said that other ingredients have not been ruled out and multiple causes are possible, but the ‘sticky’ nature of the acetate and commonality of THC are ‘noteworthy,’ according to CDC’s Dr James Pirkle.

Doctors still don’t know how to treat the illness that has been dubbed ‘EVAL’ (short for ‘e-cigarette or vaping product use associated lung injury) beyond supportive therapy like putting patients on respirators and, perhaps, steroid treatment.

Nonetheless, Dr Schuchat said: ‘These findings are significant,’ in the Friday press briefing.

Vitamin E acetate was an early suspect as a cause of vaping-related illnesses after scientists in a New York lab discovered its presence in many samples of products used by sickened vapers.

The oily substance had previously been linked to lung illnesses and is used in the making of many e-cigarette liquids.

Scientists theorized that the oil might be coating the lungs, triggering inflammation and damage.

READ  Are elderly people at greater risk from coronavirus?

But the investigation moved away from the acetate as it became clear that the vast majority – 82 percent – of illness-linked samples contained THC, the psychoactive ingredient in cannabis.

Then, a Mayo Clinic team of researchers reported that biopsies of lung tissue taken from EVALI patients were similar to those taken from chemically burned lungs exposed to high concentrations of noxious fumes.

Now, the investigation has come full circle as the CDC reports the common presence of vitamin E acetate in the samples of THC e-cigarette products they’ve tested.

Vitamin E is safe to use in skin creams and to take in supplements, but the CDC warned that there is a ‘big difference’ between ingesting or using it on the skin and inhaling its sticky oil form.

Many of the vaping products linked to illnesses and deaths were purchased from bootleggers or other non-authorized dealers.

The CDC has not changed its warning against using these illegitimate products and continues to urge Americans who don’t use e-cigarettes not to start.

Although the agency says that smokers who have switched to vaping should not return to using combustible cigarettes, the CDC also advises vaping products should ‘never be used by youths, young adults or women who are pregnant.’

Juul is has faced intense scrutiny for its role in the youth vaping epidemic and announced last month that it will no longer sell flavored pods like creme brulee, cucumber, mango, mint and fruit anywhere.

Massachusetts outdid them all when Governor Charlie Baker declared a public health emergency and enacted a ban all vaping products, flavored or non-flavored.

However, on Tuesday, a Superior Court judge ruled that the ban had to be lifted by next week for medical marijuana users.

Additionally, the so-called Baker ban is being challenged in court by vape shop owners who say the bans will cost their business millions of dollars.

Hancock: GP appointments 'should be by phone or video'

Self-isolation period increased to ten days for those with coronavirus symptoms, officials confirm 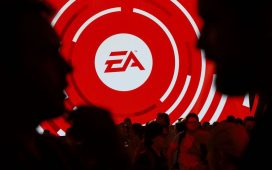