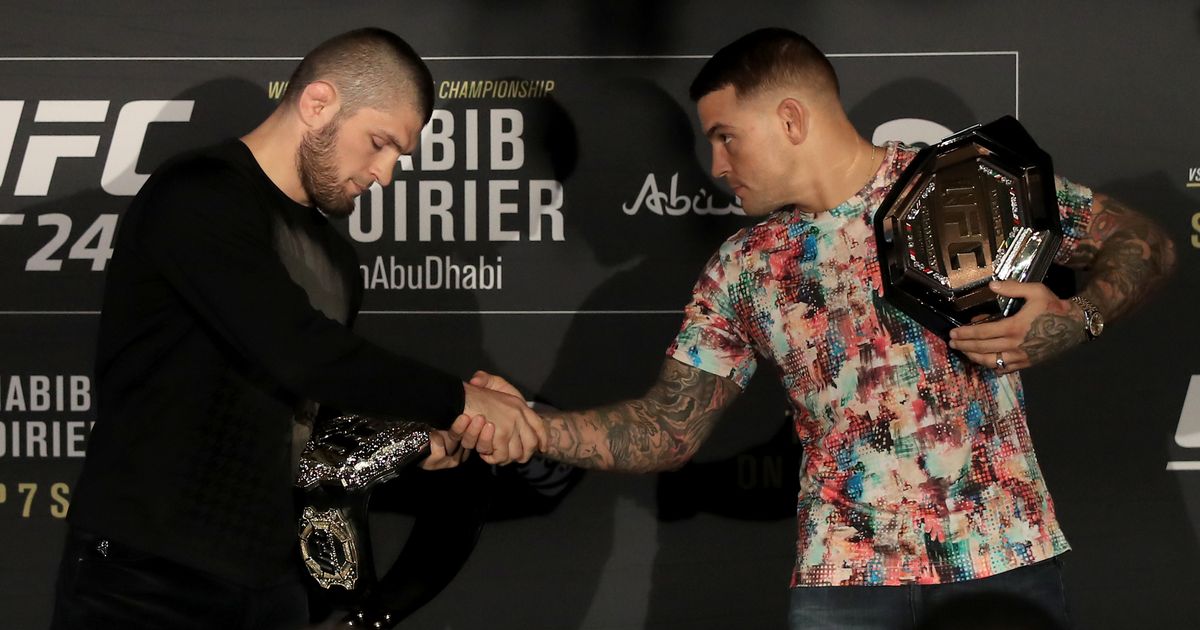 Dustin Poirier is confident he has made the necessary adjustments to his training camp to deal with fighting in Abu Dhabi.

It will be the first time the Louisianian has fought outside North America in his mixed martial arts career.

But Poirier said: “I’ve been doing a few different workouts here in this camp.

“As far as the time change, we’re leaving nine days ahead of the fight. I think that’s going to be plenty of time. And I’m also bringing a nutritionist, a chef with me.

“He’s been in camp the last two weeks, and I’m flying them out to Abu Dhabi with us. I got my housing set up there with a full kitchen. So I’m just taking a lot of guesswork out, and I’m going to have my team with me.

“We’re pre-planning for all those challenges that come with the food and spices and the time change. We’re just trying to combat those things the best we can.”

Poirier beat Max Holloway to win the interim 155lb title earlier this year and will be Nurmagomedov’s first opponent since he beat Conor McGregor last October.

And he believes he has the right team behind him to shock the champion.

“It’s been great, man, and I’m really hitting a stride in my career, and these guys have been part of that growth, you know,” Poirier added.

“I went to American Top Team back in 2012, and here we are in a champion versus champion fight about to unify the belts. These guys have been there the whole way and have helped me and directed me and tightened up a lot of parts of my game.