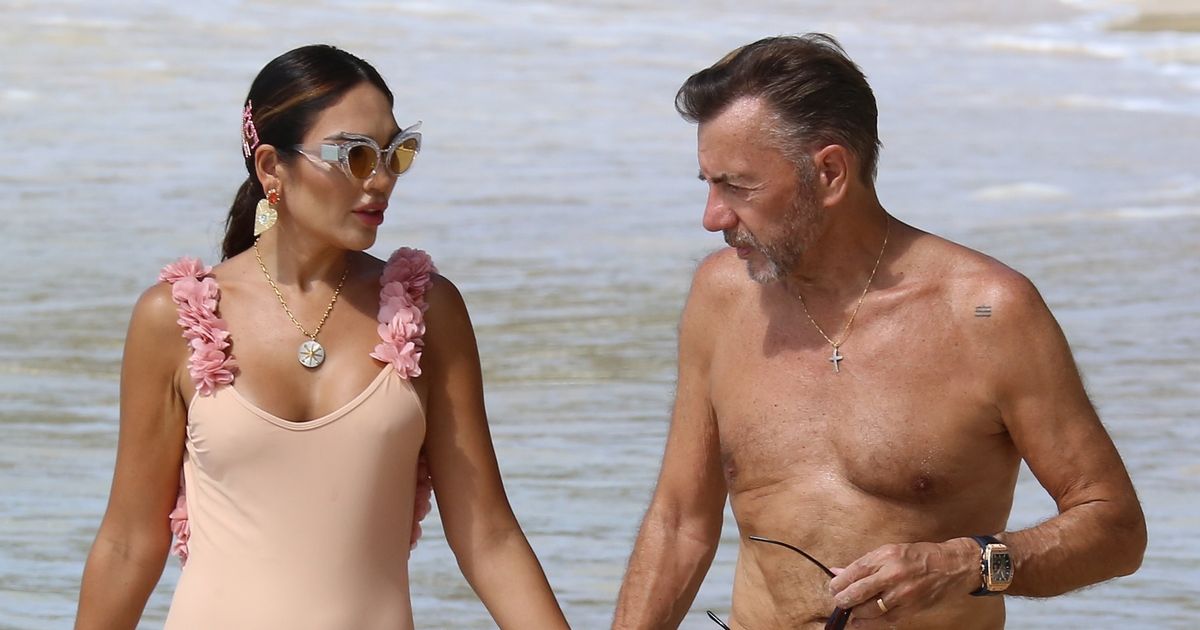 Dragons’ Den star Duncan Bannatyne and wife Nigora Whitehorn are every inch the glam couple as they kicked back in Barbados for Christmas.

Escaping the UK cold, the two flaunted impressive physiques in swimsuits as they strolled on the beach looking like they hadn’t a care in the world.

While Duncan went for some standard swim shorts, beautiful Nigora stunned in a dusty pink, floral one piece.

She showed off her toned legs and slim figure, while multi-millionaire Duncan flashed his impressive torso.

The pair tied the knot back in 2017 in a seaside Portugal ceremony, during which the proud Scot stood up for tradition with kilt, jacket and bow tie.

They met after Duncan split from second wife Joanne McCue, who he had married in 2006.

The first time he got hitched was back in 1987, with Gail Brodie.

He had four kids with Gail, and two with Joanne.

Duncan’s known for his terrifying presence on Dragons’ Den, the show in which budding entrepreneurs compete to win investment from several stern-faced and wealthy individuals.

He’s also known for his stint in the I’m A Celeb jungle, during which he placed himself firmly at the centre of camp drama.

2015 winner Vicky Pattison, who was in the jungle with him and went on to win, said that Duncan, Tony Hadley and Lady C clashed constantly.

“In our year,” she said, “Lady C, Tony Hadley and Duncan Bannatyne all detested each other.

“You can’t like everybody, you can’t get on with with everybody.”