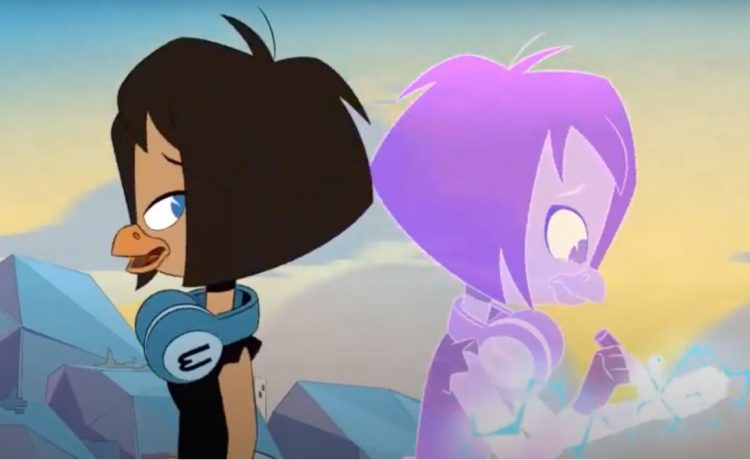 Gandra doesn’t have that. We don’t know a lot about her backstory but it’s telling that when she could only get support from F.O.W.L. she drew more inward. She didn’t have love, she had maliciousness all around her. Gandra and Fenton are two sides of the same coin, what happens when you have love and support and what happens when you don’t.

Crucically though, and this makes me adore Fenton somehow even more than I already did, he can see this is the case. He sees through Gandra working for F.O.W.L. and loves her despite her past. Just because you’ve done something wrong doesn’t make you a bad person. People’s stories are far more complicated than a one line, “SHE WORKS FOR AN EVIL ORGANIZATION!” When we look deeper we can see so much more. With love and encouragement we can help pull others out of their darkness, from the judgment of others… and the judgment of themselves.

That’s what was truly going on with Gandra. Yes she was afraid of what others thought but deep down she let their words become her own voice. Critical, judgmental, afraid… of herself. The episode glosses over her experiments on herself but what could be a better representation of that kind of negative self-talk? I won’t go so far as to say she was hurting herself but those experiments DID put her in harm’s way… although after everything she dealt with in life it’s easy to understand why.

It’d be easy to say it’s all thanks to Fenton loving her that got her to break out of this but that’s only part of it. We need the support of others to get that critical voice to not be quite as loud but Gandra made the decision on her own to start working against that. To get herself out of the situation she was in… and to start trusting others. It also took Mark Beaks taking over a virtual reality space and trying to steal someone else’s ideas once again but hey, sometimes we need an outside push.

READ  Jordan Peele’s ‘Us’ Will Haunt You

‘Beaks in the Shell’ really brought DuckTales back to our screens in top form. The use of Huey balanced out the more dramatic elements with his hilariously inept attempts at lying. Bringing Louie in to try and lie for him was unexpected yet perfect (Gyro referring to the triplets by color is fantastic.) The girl with the ‘Horse Enthusiast’ shirt made me laugh way harder than I expected. The always fantastic Mark Beaks made an excellent villain and I’m continually amazed how DuckTales can take comedic villains and still keep them so threatening.