Drake has opened the doors to his glorious and awe-inspiring Toronto mansion for the May 2020 issue of Architectural Digest.

The 50,000 square foot property has everything a superstar could want and more – an NBA size basketball court, recording studio, and even a closet full of Birkin handbags for his future wife.

Designed by interior designer Ferris Rafauli, Drake, 33, was more than happy to give a tour of his palatial property to the magazine. 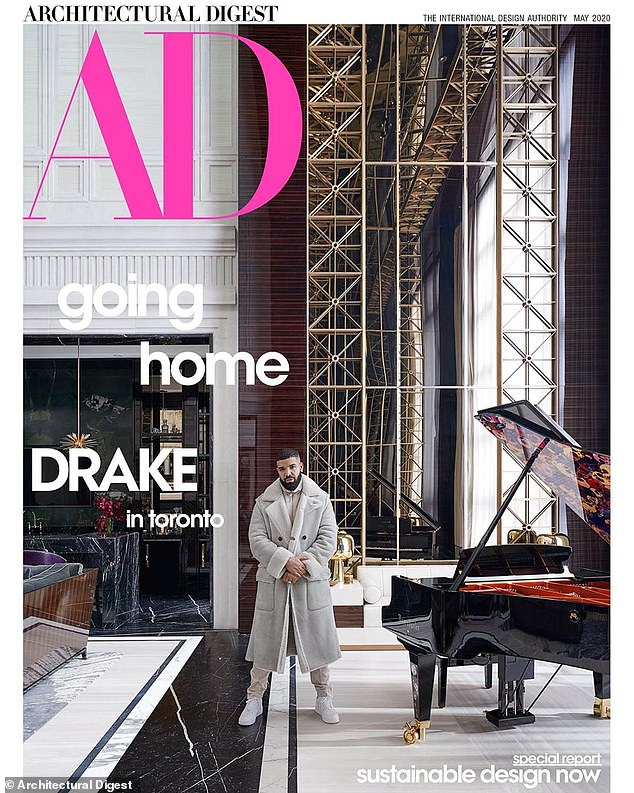 Hold On, We’re Going Home: Drake has opened the doors to his glorious and awe-inspiring Toronto mansion for the May 2020 issue of Architectural Digest

Drake intends for the property to stand the test of time.

‘Because I was building it in my hometown, I wanted the structure to stand firm for 100 years. I wanted it to have a monumental scale and feel,’ he told AD. ‘It will be one of the things I leave behind, so it had to be timeless and strong.’

Interior designer Rafauli iterated just how precious the house is: ‘This isn’t stucco, paint, and fake gold. That’s not what Drake wanted, and that’s not what I do.’ 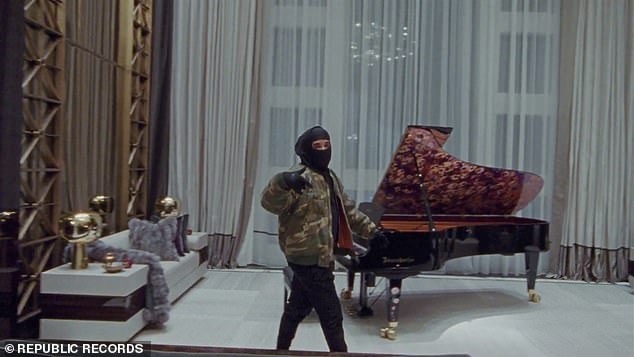 READ  America Ferrera Is Pregnant With Baby No. 2 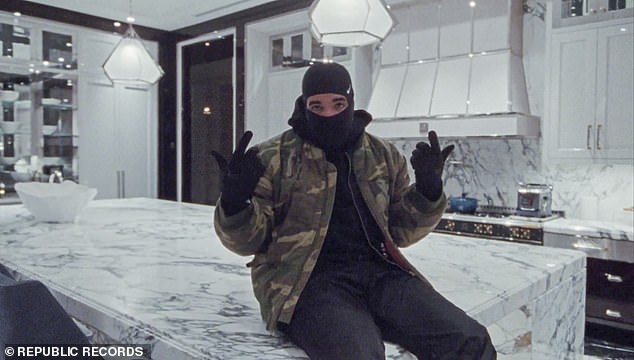 Welcome to his crib: The superstar sat upon his massive island countertop in his kitchen 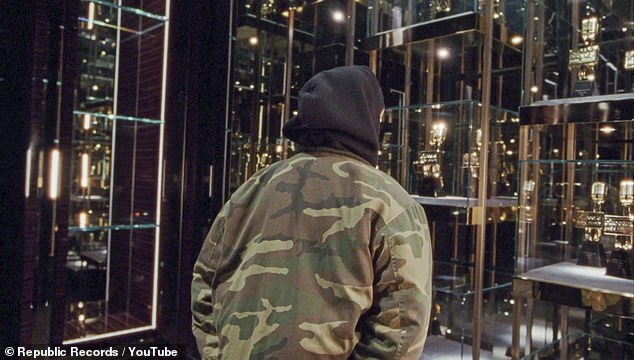 Going for the gold: The house is full of gold touches

Even the kitchen has a luxurious vibe, complete with a massive island counter top and vintage inspired stove.

Other notable rooms in the house include his awards room and his hall of sports jerseys.

Readers were also given a peak into Drake’s massive closet full of Birkin handbags for his future wife. 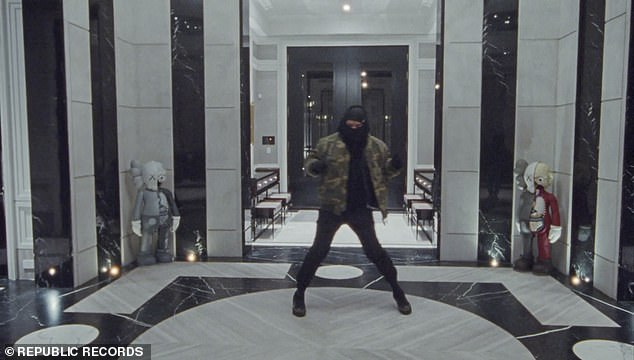 Drake previously revealed to The Hollywood Reporter that he had been collecting the expensive bags for ‘the woman I end up with,’ and lo and behold, the purses could be seen taking up several shelves of his mirrored closet.

But that’s not all – two Birkin bags were also displayed on a dresser.

Drake has a soft spot for his massive bedroom.

Like the rest of the house, the 3,200 square foot master bedroom features an array of gold touches with an overall chic and clean theme. 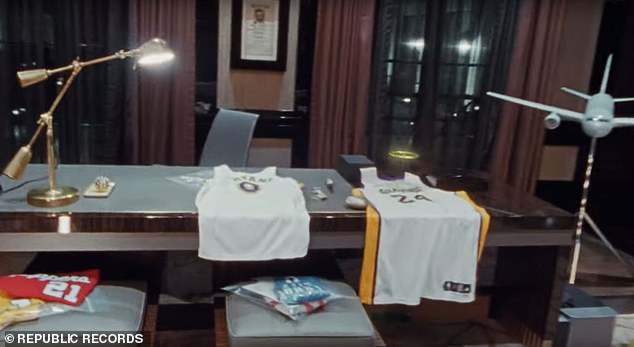 ‘I wanted the structure to stand firm for 100 years’: The In My Feelings singer wants the home to stand the test of time

‘The bedroom is where I come to decompress from the world at the end of the night and where I open my eyes to seize the day,’ he explained.

‘The bed lets you float, the shower lets you escape and gather your thoughts, and the closet makes you want to talk to yourself while you’re getting dressed.’

Though every room seems to pop, stand-outs include his recording studio and indoor pool, bathed in atmospheric lighting.

Drake can record his next hit from the comfort of his couch, flanked by two large amethyst crystals.

The superstar loves his home so much he even showcased it in his recently released music video, Toosie Slide, which saw him dance around his house wearing a black face mask. 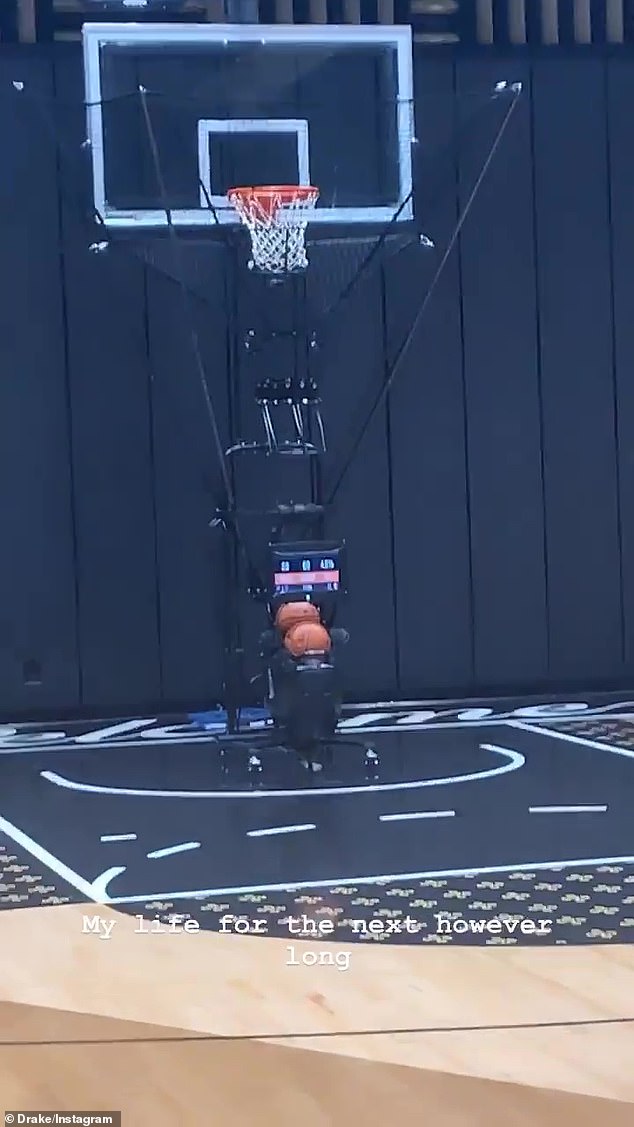 Shooting hoops: The home even has an NBA size basketball court