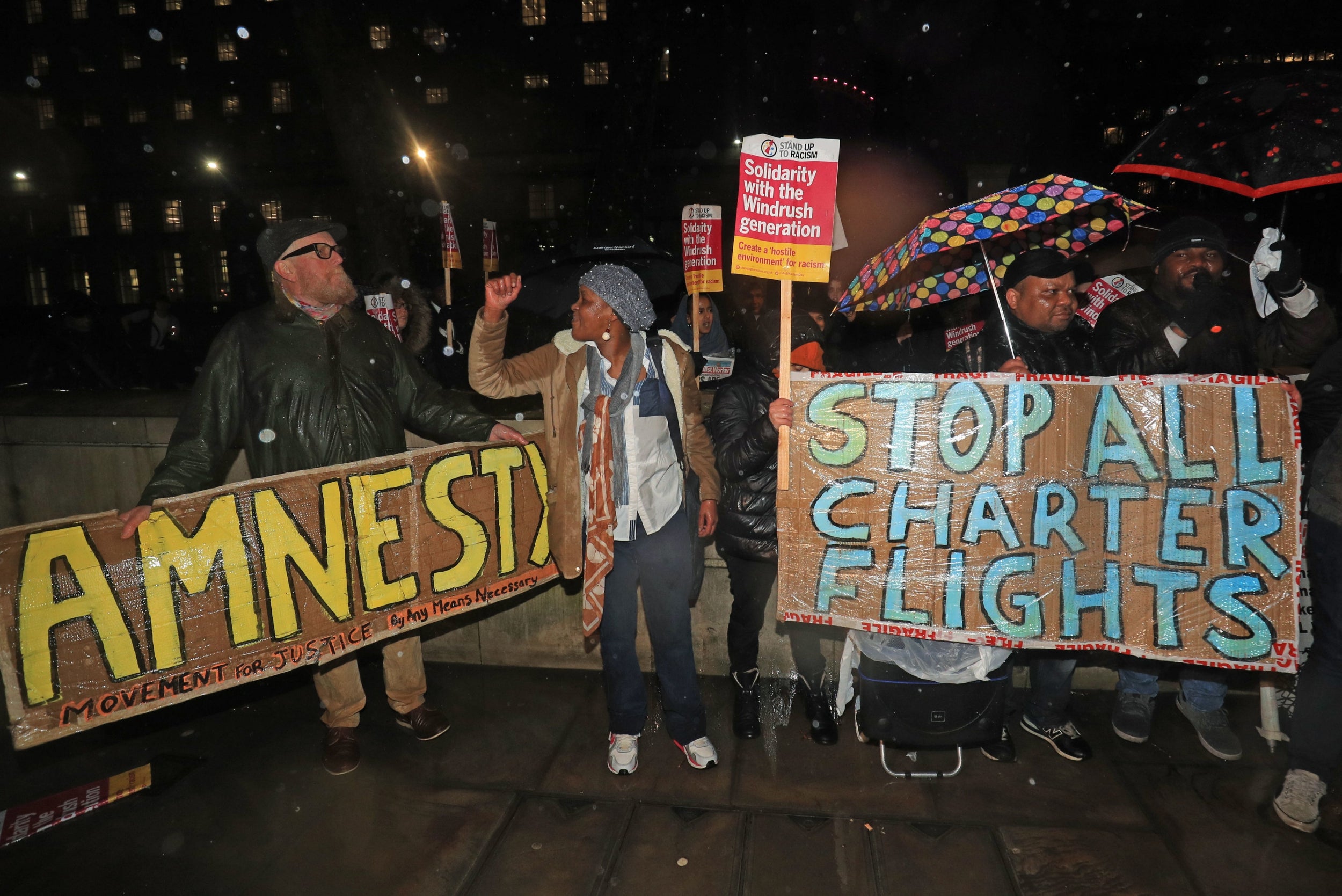 Downing Street has confirmed 25 foreign national offenders were prevented from being deported as a result of a Court of Appeal ruling.

The Home Office proceeded with the deportation flight on Tuesday morning with 17 people on board, while 25 remained in the country.

Those who avoided deportation include criminals convicted of manslaughter, violent offences and rape.

In the statement on Tuesday, the Government said it will urgently appeal the court’s ruling.

On Monday night, Lady Justice Simler ordered the Home Office not to carry out the scheduled deportation of some people amid concerns that mobile phone outages had prevented them from having access to legal advice while in detention awaiting deportation.

Lady Justice Simler said those detainees should not be removed unless the Home Office is satisfied they “had access to a functioning, non-O2 Sim card on or before February 3″.

The Government has defended its decision to go ahead with the deportation of the detainees it says were unaffected by the ruling.

Downing Street said of the 17 who were deported that “between them they have amassed sentences of 75 years for offences which have included rape, possession of firearms, violent offences including ABH and GBH and the supply of Class A drugs”.​

The Prime Minister’s official spokesman also outlined the offences committed by the remaining 25 detainees who have not been deported due to Lady Simler‘s ruling.

The offences include manslaughter, sexual assault, and drug crimes.

“There are 25 foreign national offenders who the court ruled could not be removed and are therefore still in the country,” he said.

“The offences which these people were responsible for include one manslaughter, one firearms offence, seven violent offences, two which are in the category of rape or sexual offences and 14 drugs offences.”

The spokesman added: “We bitterly regret this decision which prevents the removal from our country of foreign criminals convicted of rape, manslaughter, sexual attacks, violence and drugs crimes which spread misery across our communities.

“The legal process for removing these offenders, which has included repeated appeals and judicial reviews, has already cost the British public tens of thousands of pounds.

“The taxpayer will now be left with an even bigger bill and the prospect of convicts who are considered to pose a threat to the UK being granted bail while this matter is resolved.

“We make no apology whatsoever for seeking to remove serious foreign national offenders and will be urgently appealing.”

However the decision to deport ex-offenders, some of whom have lived in the UK since they were children, has been likened to a second Windrush scandal.

Tottenham MP David Lammy slammed the government for deporting people who arrived to the UK as children.

“It is an outrage that the deportation flight to Jamaica has departed this morning”, he said.

“As the leaked recommendation from Wendy Williams’ Lessons Learned Review showed, the Government should not be deporting people who arrived in the UK as children to countries they do not know.

“The Government wants to give the impression that everyone who was deported was a hardened violent criminal, but the reality is many of those who were scheduled to be deported had committed non-violent one-time drugs offences.

“The lessons from Windrush have not been learned. Lives are being ruined because we don’t remember our history.”