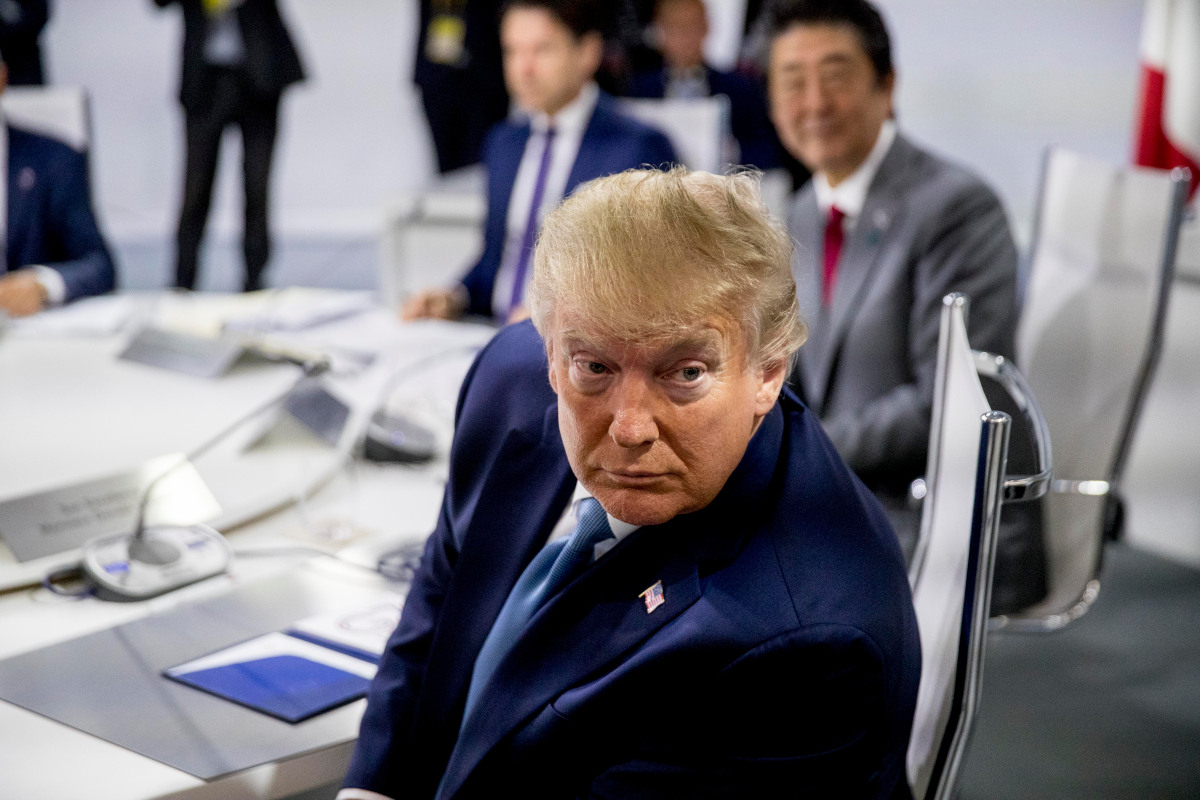 DONALD Trump sparked a blistering row with G7 leaders after he demanded Vladimir Putin is readmitted to the club.

The US President clashed with other leaders including Boris Johnson after he made the extraordinary request for Russia to be brought in from the cold.

Moscow was booted out of the G8 after the 2014 invasion of Crimea.

Mr Trump raised the issue at a Saturday dinner marking the start of the G7 summits. A source said the meal descended into “lots of barbs”.

Senior UK government officials said Mr Johnson was adamant Russia shouldn’t be allowed back – not only because of the Crimea but the Salisbury attack on the Skripals.

Mr Trump admitted there had been a “lively” but “good” discussion on Russia at the dinner.

Sitting down with Boris Johnson yesterday, the President told reporters: “We did discuss it.

“We had a very good discussion on Russia and President Putin, and a lively discussion, but, really, a good one.”

THOU SHALT NOT MEDDLE

What is The Brexit Party and how is Nigel Farage involved?

Mr Johnson interrupted: “It was lively.”