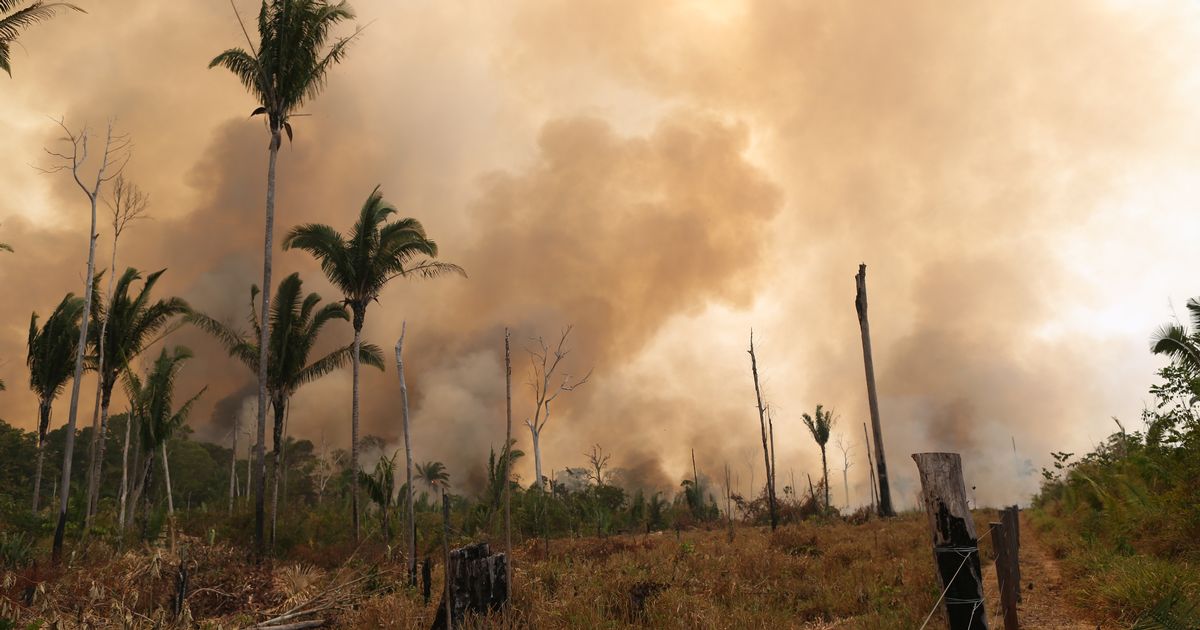 Donald Trump snubbed talks at the G7 on tackling the fires raging in the Amazon.

Leaders at the summit pledged $20million (£16.3million) to help tackle fires raging in the Amazon.

French President Emmanuel Macron was forced to make excuses for his US counterpart, saying the American leader was busy holding meetings.

Mr Macron added: “He wasn’t in the room, but his team was.

“You shouldn’t interpret the American President’s absence… the US are with us on biodiversity and on the Amazon initiative.”

The cash pledged by the world’s richest countries is just four times that pledged by comes on Hollywood heartthrob Leonardo DiCaprio’s environmental organisation to fight the infernos.

A statement on the Earth Alliance website, who are contributing $5million (£4.1million) says: “The destruction of the Amazon rainforest is rapidly releasing carbon dioxide into the atmosphere, destroying an ecosystem that absorbs millions of tonnes of carbon emissions every year and is one of the planet’s best defences against the climate crisis.”

Satellites have recorded more than 41,000 fires in the rainforest so far this year, with more than half coming this month.

And the National Institute for Space Research in Brazil says there have been more than 72,000 blazes in the Amazon this year, up from 40,000 at the same point in 2018.

Boris Johnson said: “We have seen in the Amazon rainforest the tragic increase in fires which are made more likely by deforestation.”

The Prime Minister added: “We can’t just sit back as animals and plants are wiped off the face of the planet.”