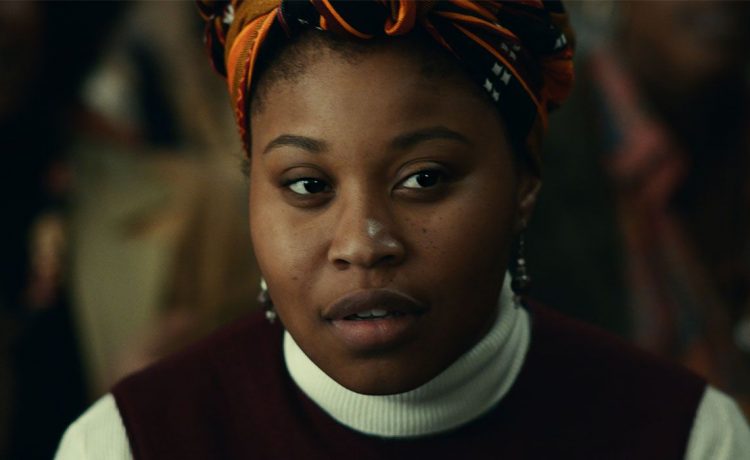 The highly-anticipated series marks the latest collaboration between Apple and Anonymous Content.

On the heels of this week’s list of BAFTA Film Award nominations comes the announcement that director Ramin Bahrani is heading to Apple Studios for a limited series titled The Last Days of Ptolemy Grey starring Dominique Fishback and Samuel L. Jackson, based on the critically acclaimed novel by Walter Mosley. It serves as the second partnership between Apple TV+ and Jackson following The Banker.

A 91-year-old with dementia, Ptolemy Grey (Jackson) is fearful of letting anyone into his life after the shooting of his grand-nephew — that is until he meets Robyn (Fishback), his niece’s 17-year-old lodger. Robyn is willing to take care of Ptolemy, but she’s not letting him fade without a fight and the two begin a journey that leads to Ptolemy taking an experimental drug which confirms he won’t see 92 but will live out his days in clarity and understanding.

The series is set to be penned by Mosley, with Bahrani directing and serving as the series’ executive producer. Jackson, whose casting on the series was previously reported by Collider, will serve as executive producer, per an official press release from Apple Studios, in addition to playing the titular role. David Levine and Eli Selden will executive produce for Anonymous Content, along with Diane Houslin and Mosley. LaTanya Richardson Jackson is also an executive producer.

A star on the rise, Fishback received a BAFTA nomination for her work in Judas and the Black Messiah. The talented young actress has also held roles in in Project Power, Show Me a Hero, The Deuce, and more. Jackson comes hot off his ongoing role as Nick Fury in the Marvel Cinematic Universe.

Bahrani is known for his work for Netflix’s The White Tiger as well as the 2018 remake of Fahrenheit 451. His projects are often known for pushing boundaries and with the way Apple TV’s programming has been, Bahrani feels like the perfect fit for The Last Days of Ptolemy Grey. After the edge-of-our-seats mystery of Defending Jacob and the inventive storytelling of both seasons of Dickinson, Apple is clearly ready to let their creatives tell their stories in new and exciting ways.

Currently, there’s no news set on a release date or confirmation on the rest of the cast as of yet. Check back in with Collider for more updates as we receive them.

Watch him take that horse to the Old Town Road in April.

READ  James Bond 26 producer being ‘revved up’ to give Danny Boyle's ‘CRAZY idea’ another chance
Share on FacebookShare on TwitterShare on PinterestShare on Reddit
newsgrooveMarch 10, 2021