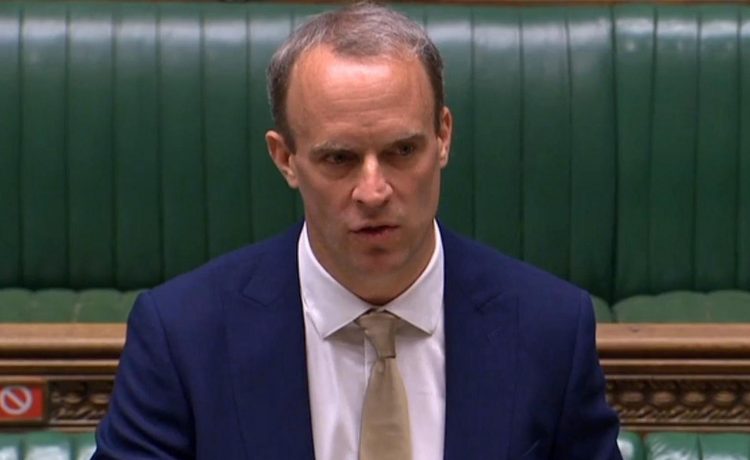 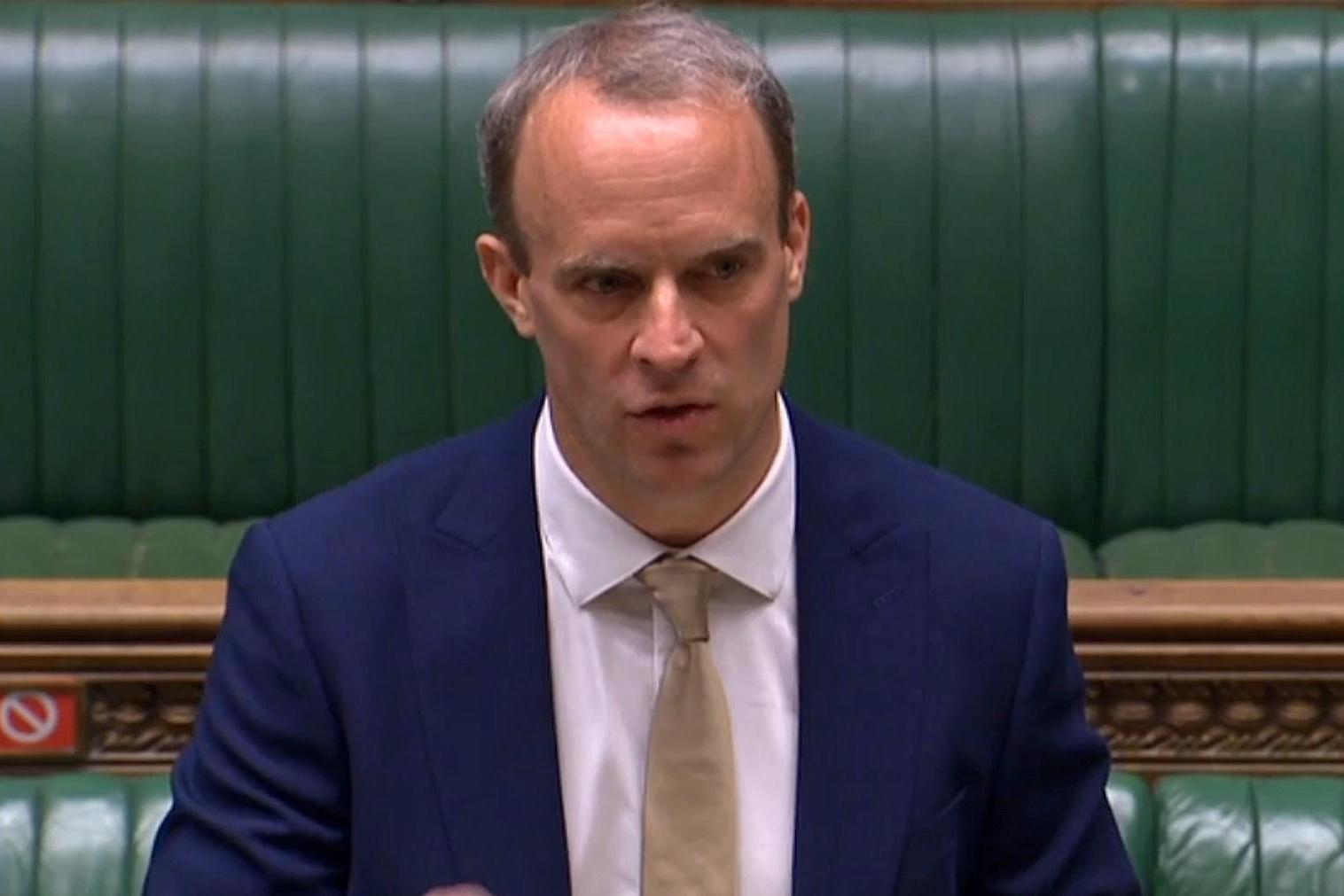 Individuals linked to the killings of Saudi journalist Jamal Khashoggi and Russian lawyer Sergei Magnitsky will be among the first to face UK sanctions for human rights abuses, Foreign Secretary Dominic Raab has announced.

In a Commons statement, Mr Raab said that two senior Burmese generals involved in the brutal suppression of the minority Rohingya population and two organisations linked with North Korea’s gulags will also be subject to asset freezes and travel bans.

The measures – imposed under the provisions of the Global Human Rights Sanctions Regulations – mark the first time the UK has imposed its own sanctions since leaving the European Union at the end of last year.

– A total of 20 Saudi nationals linked to the brutal killing and dismemberment of Mr Khashoggi in the Saudi consulate in Istanbul in 2018 .

– 25 Russian nationals linked to the mistreatment of Mr Magnitsky – who died in police custody in 2009 after exposing allegations of widespread corruption.

– The commander in chief of the Burmese armed forces Min Aung Hlaing and his deputy Soe Win, who were responsible for military operations against the Rohingya in Rakhine state between 2017 and 2019.

Mr Raab told MPs that sanctions were aimed at the perpetrators of the “very worst human rights abuses”.

“This Government and this House sends a very clear message on behalf of the British people that those with blood on their hands, the thugs of despots, the henchmen of dictators will not be free to waltz into this country to buy up property on the King’s Road, to do their Christmas shopping in Knightsbridge or frankly to siphon dirty money through British banks or other financial institutions,” he said.

The Saudis on the list include the deputy head of the intelligence services Ahmed Hassan Mohammed Al Asiri – who is alleged to have commissioned the 15-man team which killed Mr Khashoggi – and Saud Abdullah Al Qahtani, an adviser to Crown Prince Mohammed bin Salman who is said to have planned and directed the operation.

The Russians include Aleksey Vasilyevich Anichin – who was a deputy minister in the Interior Ministry involved in investigating Mr Magnitsky – and Oleg Silchenko, one of the ministry’s investigators.

Mr Silchenko was said to have made six applications to extend the lawyer’s detention, despite his deteriorating medical condition, refused access to his family and engaged in “oppressive questioning and other mistreatment” to pressurise him to retract his allegations of corruption.

The sanctions regime – contained in secondary legislation under the Sanctions and Anti-Money Laundering Act 2018 – covers those involved in assassinations and extra-judicial killing, those involved in torture or cruel, inhuman or degrading treatment, and those linked to slavery, servitude or forced labour.

Mr Raab told the Commons that the Government was looking at ways to expand the regime to cover further human rights, while a special unit will consider the use of future sanctions.

While the regime enables the UK to act alone, he acknowledged that in practice sanctions were most effective when backed by “coordinated, collective action” and that the UK would continue to work closely with allies in the “Five Eyes” group, particularly the US and Canada.

“With these first designations, this Government, and I hope this House, and this country makes it crystal clear to those who abuse their power to inflict unimaginable suffering that we won’t look the other way, that you cannot set foot in this country, and that we will seize your blood-drenched ill-gotten gains if you try,” he said.

Emil Dall, a senior research fellow the Royal United Services Institute think tank, said the names on the list followed closely those subject to sanctions by the US.

“The real test for the UK is what comes next. An uneven application of human rights sanctions, where criteria for their designation is not consistently used, will inevitably invite accusations of double standards,” he said.

“This means that if the UK is prepared to sanction human rights abusers in a small, less developed country, it must be equally prepared to do so against individuals in countries with whom it is negotiating free trade agreements.”

With reporting by the Press Association