Dominic Cummings: ‘Lying Matt Hancock should have been fired 15 or 20 times’

ne of Boris Johnson’s most senior officials said “we are absolutely f**ked” because pandemic preparations were so bad, Dominic Cummings alleged today.

In extraordinary evidence to MPs, he said thousands died needlessly because the Government “fell disastrously short” of what was needed.

Painting a devastating portrait of complacency and incompetence at the heart of government as Covid arrived in Britain, he alleged:

He began his account with a dramatic personal apology to bereaved families for his own part in a failure that led to thousands of needless deaths.

“The truth is that senior ministers, senior officials, senior advisers like me fell disastrously short of the standards that the public has a right to expect of its government in a crisis like this.

“When the public needed us most, the Government failed. I would like to say to all the families of those who died unnecessarily how sorry I am for the mistakes that were made and for my own mistakes at that,” he said.

The health and science select committees are holding a joint inquiry into the handling of the pandemic and what lessons can be learned.

Science committee chair Greg Clark asked him how soon he became alarmed following the outbreak of Covid-19 in China.

Mr Cummings said the levels of worry were low in Western countries for weeks. “I think it’s in retrospect completely obvious that many institutions failed on this early question,” he said.

By January 25, he was sufficiently alarmed to raise it in the Prime Minister’s private office and suggest a review of planning and a visit to Porton Down, the military laboratory.

He raised it with Mr Hancock directly in texts and in person. “I said to Matt Hancock, ‘Where are we in terms of scanning the pandemic operations plans, are we completely up to speed on this? Is it resourced the way that it should be?’”

Mr Hancock replied: “We’ve got full plans up to and including pandemic levels regularly refreshed.”

Mr Cummings said he regrets that he “did not follow up” and “push” or set up a special team to test the plans.

By the end of February he said he realised the plans were “completely hollow”. “Lot of key people were literally skiing in the middle of February,” he complained, when asked if No 10 was by then on a war footing.

On the question of whether the Government secretly had a plan to target herd immunity, Mr Cummings did not go as far as some reports predicted. He said herd immunity was “seen as an inevitability” across Whitehall.

“That was the whole logic of all of the discussions in January and in February and early March.”

He dismissed Matt Hancock’s claim on March 15 last year that herd immunity was not part of the Government’s plan as “completely wrong”.

Two hours before the committee met, Mr Cummings stepped up his attack by publishing a photograph he said proved the Government attempted a strategy that would have “broken” the NHS.

He posted on Twitter an image of a whiteboard covered in scrawl and set up in the Prime Minister’s study at Downing Street.

In other words, the favoured plan would have caused 4,000 deaths a day and overwhelmed hospitals.

He or his friends briefed this morning’s papers that Mr Johnson referred to Covid as “kung flu”.

A fightback by government loyalists against the maverick former aide also began before the hearing.

Grant Shapps, the Transport Secretary, called Mr Cummings a “professor of hindsight” and suggested his account was not reliable. “I will leave it to others to decide the relative reliability of this witness,” he told Good Morning Britain.

He dismissed Mr Cummings’s appearance at a joint heath and science committee as a “sideshow” and suggested he “has his own agenda”.

Mr Shapps said he never heard the PM say “kung flu” or suggest he get himself deliberately infected.

He told Sky News: “We were making decisions under [an] unprecedented situation. There’s no rule book or text book.”

A spokesperson for the health secretary rejected the claims made by Mr Cummings.

They added: “At all times throughout this pandemic the secretary of state for health and social care and everyone in DHSC has worked incredibly hard in unprecedented circumstances to protect the NHS and save lives.”

Giving evidence today, Mr Cummings admitted that his defence of a trip to County Durham during the first coronavirus lockdown “undermined public confidence”, explaining that he made the journey due to threats against his family.

He said he was “extremely sorry” about the infamous episode which was “definitely a major disaster for the Government and for the Covid policy”.

He said he heard the Prime Minister say in October that he would rather see “bodies pile high” than impose another lockdown on the nation.

He told the Commons committee: “There’s been a few different versions of this, of these stories knocking around.

“There was a version of it in the Sunday Times, which was not accurate. But the version that the BBC reported was accurate.

“I heard that in the Prime Minister’s study. That was not in September though, that was immediately after he finally made the decision to do the lockdown on October 31.”

He said he regarded Boris Johnson as “unfit for the job”. He said the pair’s relationship had taken a “terrible dive” after the second lockdown in October.

Mr Cummings added: “The Prime Minister knew I blamed him for the whole situation and I did.

“By October 31 our relations were essentially already finished, the fact that his girlfriend also wanted rid of me was relevant but not the heart of the problem.

“The heart of the problem was fundamentally I regarded him as unfit for the job and I was trying to create a structure around him to try and stop what I thought were extremely bad decisions and push other things through against his wishes. He had the view that he was Prime Minister and I should just be doing what he wanted me to.” 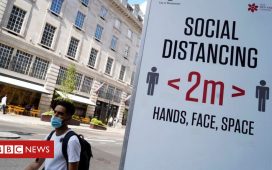 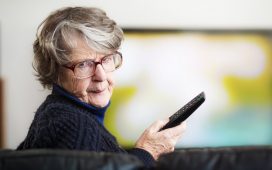 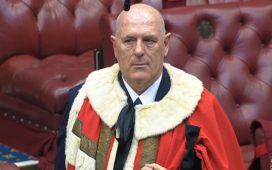